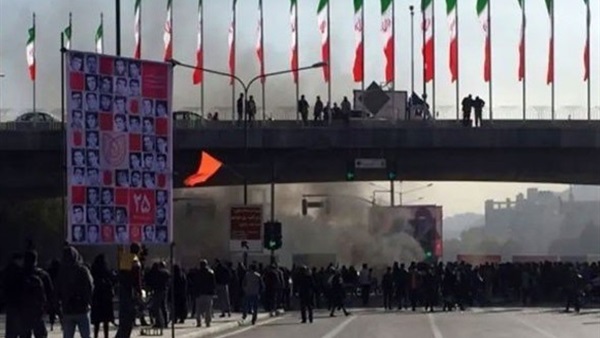 The Iranian regime continues to suppress protests by Iranian citizens against deteriorating living conditions and the rise in commodities prices.

About 450 Iranians have been killed in the protests so far, according to the opposition Mojahedin-e Khalq organization.

It said the protests are now ranging on in about 176 Iranian cities.

Iranian authorities try, meanwhile, to hide the real number of dead victims by secretly handing over the remains of the victims to their families and preventing them from holding burial or mourning ceremonies.

Government snipers continue to take their positions on rooftops and snipe protesters or chase them and beat them to death with batons, according to Amnesty International.

Around 500 people were heading to the radio and television building, but we succeeded in stopping them 3 kilometers away, Fazli said.

The Chair of the US Senate Committee on the Judiciary, Lindsey Graham, accused what he described as “killers” affiliated to Iranian Supreme Guide, Ali Khamenei, of being the biggest threat to the Iranian people.

They have robbed the country blind and spent the resources of the Iranian people to create instability throughout the region and world. It is certain to me their days are numbered, Graham wrote on Twitter on November 26.

Iranian affairs specialist, Mohamed Alaa, said Iran’s mullahs would have fallen down, but for the suppression of the protests.