Latest Posts
16:40
Home Islamist Movements How ISIS will look in 2020 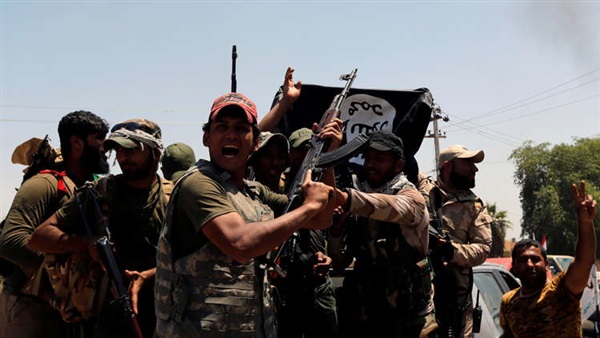 In mid-2014, ISIS shocked the world by announcing the establishment of a territorial caliphate in vast areas in both Syria and Iraq, but the terrorist organization did not emerge out of nowhere, as it had been present several years beforehand.

The first core of ISIS was the Jama’at al-Tawhid wal-Jihad led by Abu Musab Al-Zarqawi, which appeared in Iraq in 2003 after the US invasion of Baghdad and the overthrow of former President Saddam Hussein’s regime. Within one year of its establishment, the group pledged allegiance to al-Qaeda, before it merged with other Iraqi factions and formed what was known as the Islamic State of Iraq.

The organization established a principality within Iraq’s Sunni Triangle, but it was defeated by the US-backed tribal Sahwa (Awakening) forces and was forced to move to the Great Iraqi Desert, where it continued to operate as a gang organization.

During the period from 2011-2014, the terrorist organization’s fighters succeeded in expanding into Syria, taking advantage of the security chaos left by the revolution.

In late October 2019, ISIS leader Abu Bakr al-Baghdadi was killed in a military operation by US forces, so the terrorist organization appointed Abu Ibrahim al-Hashemi as his successor, declaring the continuation of the long-term guerrilla war or “the war of attrition.”

Aaron Zelin, a researcher of jihadist groups, told the magazine American the Atlantic that ISIS will remain as a gang organization during the coming period, explaining that it has become weaker than before but still exists.

The Pentagon’s Inspector General released a report in which it estimated the number of ISIS fighters in Syria and Iraq at 14,000 fighters, the majority of whom were Iraqis.

The “central organization” of ISIS remained in Syria and Iraq despite the loss of all its strongholds, but it still maintains contact and coordination with its branches outside the two countries, especially its branches in West and Central Africa, Afghanistan, and the Philippines.

The terrorist organization launched a “war of attrition”, which falls under what the organization calls “a generational strategy” for a prolonged war that extends within the region and ultimately aims to establish an Islamist state under the banner of punishment.

According to the Atlantic, US military leaders were divided into two camps, with one camp viewing ISIS as living in a state of general weakness due to the killing of Baghdadi and the arrest of thousands of its members in detention camps in Syria and Iraq, in addition to the weak communication between the central organization and its various branches.

In contrast to the first opinion, a number of other Pentagon officials believe that ISIS is still able to coordinate and carry out major terrorist attacks in various countries.

Planning to restore the caliphate

According to Russell Travers, the acting director of the US National Counterterrorism Center, ISIS is planning for the post-collapse of its caliphate and has benefited from the US withdrawal from Syria to plan attacks against European countries.

Meanwhile, Jason Blazakis, a professor at the Middlebury Institute of International Studies, expected that the new terrorist leader, Abu Ibrahim al-Hashemi, would restructure the organization to accommodate the necessities of the current stage in order to be able to carry out major terrorist attacks.