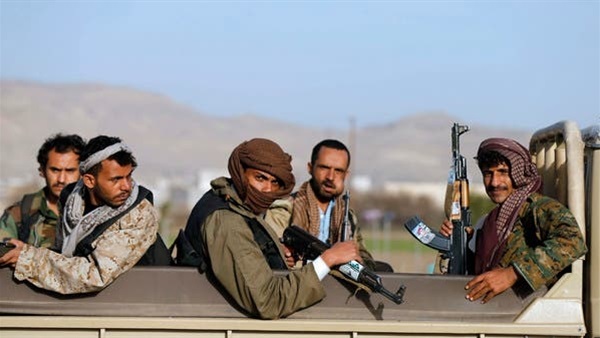 The terrorist Houthi militias, supported by Iran, has been spreading its extremist ideology inside education institutions in Yemen, after it has been deployed inside military institutions, hospitals and banks, now it is aiming at universities.

The Houthis launched the so-called “University Students Forum,” a Houthi intelligence service inside Sana’a University. This was revealed by Yemeni sources at the university in press statements to Al-Sharq Al-Awsat newspaper on November 28.

This intelligence cell has recruited students and university staff to gather information about all university personnel, activities and events, and to report weekly to the Houthi Preventive Security Service (the highest intelligence agency of the Houthi militias).

Not only that, but the aim of this forum is to implement all the programs, objectives and agenda of the Houthis at the university, and to attract students to recruit them. Sources also said this intelligence cell came to replace the “Yemeni Students Union” that was dismantled and got its leaders arrested by the militia as they took over Sana.

Staff at Sana’a University said in a press statement carried by Yemeni media that members of the forum are supervising and monitoring the students of the university and reporting on students who are anti-Houthi, in addition to assaulting students who raise slogans against Iran.

The University Students Forum was initiated in September 2017 as the Houthis were celebrating the killing of 213 students who were killed while fighting in the ranks of the militias.

Yemeni political analyst Mahmoud al-Taher explains that the Houthis want to be in control of all joints of the state, and therefore go to universities to instill their intellectual roots through the establishment in order to eliminate other movements.

He added in an interview with The Reference that the group is seeking to eliminate any other voices except for the group’s, just like the Muslim Brotherhood.

He added that the Houthis fear the student movements lest they revolt against them, the militia knows that this category does not believe in their ideologies, and then the Houthis seek to include the largest number of students to them to regain their strength.