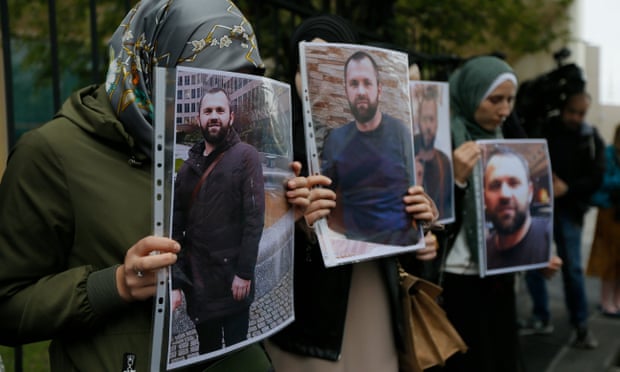 Germany expels two Russians over killing of Georgian in Berlin

Germany has expelled two Russians working at the Russian embassy in Berlin after federal prosecutors took over the case of a Georgian citizen killed in August in Berlin, saying they had concluded that evidence suggests involvement either by the government of Russia or the Chechen republic.

The German foreign ministry said it was responding in this way because Russian authorities had not cooperated in investigations into the murder.

Zelimkhan Khangoshvili was shot in broad daylight in a Berlin park in August. The Kremlin has categorically denied its involvement, but the Russian government’s unwillingness to illuminate the case has raised suspicions.

Russia’s foreign ministry promised a response to Wednesday’s move by Germany, which it described as unfriendly and unfounded.

The assassin who shot 40-year-old Khangoshvili in the Kleiner Tiergarten park on 23 August was arrested by police while trying to dispose of the presumptive murder weapon into a canal, but has refused to cooperate during questioning.

The hitman had travelled to Germany on a Russian passport issued in the name of Vadim Sokolov, but experts have questioned the authenticity of the document.

Khangoshvili, an ethnic Chechen from Georgia’s Pankisi Gorge, was part of the separatist insurgency against Russian forces in Chechnya. The killing fits a pattern of hits on former Chechen insurgents in several cities that have often had signs of Russian state involvement.

Such a move would amount to the German state officially accusing the Kremlin of carrying out a political assassination on German soil and likely lead to a similar diplomatic fallout as over the poisoning of Sergei Skripal in the UK in March 2018.