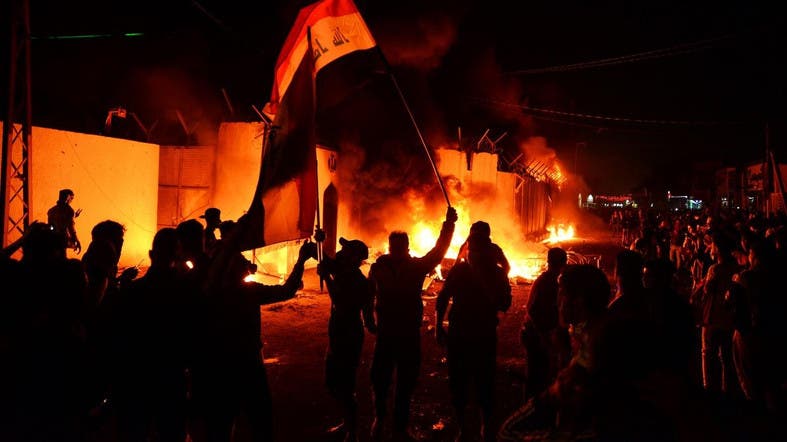 Civil Defense vehicles were seen rushing to the Iranian consulate in Najaf in southern Iraq to extinguish a fire ignited by protesters for the second time in less than a week, according to an Al Arabiya correspondent.

Meanwhile, security forces announced a state of alert in the province of Najaf, according to an Iraqi security source.

Earluer on Sunday, the governor of Baghdad announced three days of mourning for those killed during the protests.

More than a dozen members of the security forces have also died in clashes.