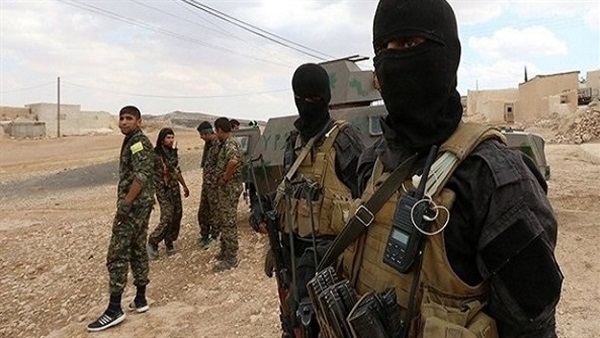 Burkina Faso’s armed forces announced on November 30, that an extremist group was targeted in the south of the country, killing the leader of an armed group and five of his supporters in Nahouri province.

The dead commander was named Abdoul Hadi, who had helped the extremist group Ansarul Islam gain a foothold in the region, according to statement by the armed forces in Burkina Faso, broadcast by the American network ABC News, adding that the forces also managed during the operation to confiscate a large cache of weapons.

Burkina Faso is one of the most hostile countries in the Sahel-Saharan region, which has emerged in the recent period of rising terrorism in the country again after 2015.

ISIS has been trying to expand in the Sahel-Saharan region with a spate of terrorist attacks, especially in the West African country of Burkina Faso, following the blessing of former ISIS leader Abu Bakr al-Baghdadi in April 2019 for the establishment of the so-called the State of Central and West Africa. Following that declaration, terrorist elements carried out many terrorist operations aimed at plunging the country into violence.

Hisham al-Najjar, a researcher specializing in Islamist groups, said terrorist organizations are exploiting the worsening situation of insecurity and sectarian conflict in Burkina Faso for their own advantage in launching more terrorist operations.

He that there has been a state of intense conflict between al-Qaeda and ISIS in Africa during the past period, Najjar added in a statement to the Reference, expecting an increase to the frequency of terrorist operations following the beginning of the new year.

Terrorist groups have recently intensified their terrorist operations in Burkina Faso, forcing the people of the city to flee their homes.

In March 2017, four armed groups in Mali – Al-Mourabitoun, Ansar Dine, Emirate of the Sahara, and Macina Liberation Front – announced their merger into a single group called Jama’at Nusrat al-Islam wal-Muslimin (JNIM), ​​according to terrorist Iyad Ag Ghaly, the new leader of the movement. The US State Department designated it a terrorist organization in September 2018, and it is seen as the most powerful branch of al-Qaeda in West Africa.