Latest Posts
20:57
Home Reports Do European countries support France in its war on terrorism in the Sahel and Sahara? 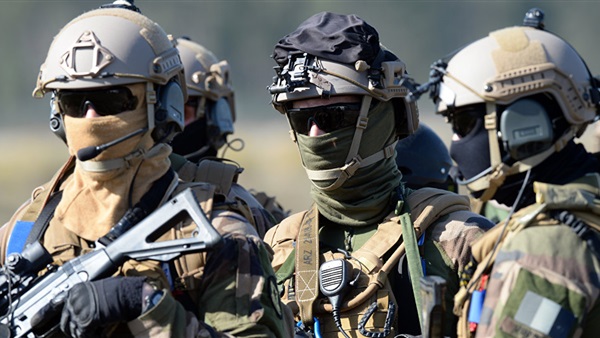 Do European countries support France in its war on terrorism in the Sahel and Sahara?

The terrorist organization ISIS is trying to compensate for its losses in Syria and Iraq by gaining more lands and spheres of influence, especially in the African Sahel states, and those that suffer from fragile security and ethnic and sectarian conflicts in particular. The West African state of Mali represents one of the areas with vulnerable security. French Prime Minister Edouard Philippe announced on Monday, December 2 that 13 French soldiers had been killed when two helicopters collided while pursuing extremists in southeastern Mali, adding that terrorism has yet to be eliminated, security remains absent, and stability is out of reach.

French Defense Minister Florence Parly said the war in Mali will take a long time, noting that all options are being studied in order to provide the greatest effectiveness in combating terrorism in the Sahel and that achieving the goals of Operation Barkhane will be in the long run. She explained that the security situation is deteriorating, but the Barkhane force, which works alongside the African forces, is achieving success.

According to Asharaq Al-Awsat, French President Emmanuel Macron immediately went in two directions. First, he sought help from France’s European partners, inviting them to join France’s side, not only logistically or by training the Malian forces and the G5 Sahel forces (consisting of Mauritania, Mali, Niger, Burkina Faso and Chad),but also by working on the ground alongside the French forces.

Secondly, Macron invited the leaders of G5 countries to a summit in the city of Pau in southwestern France on December 16 to discuss the security situation in the Sahel-Sahara region and to re-clarify the framework and political conditions governing France’s presence in the Sahel countries with the G5 leaders. He added that as long as the anti-France situation continues in the Sahel-Sahara region, he will withdraw the French forces present there.

France, as a main partner in Africa’s Sahel-Sahara region, is seeking to end the control of terrorist organizations that have recently become major threats to most of the countries in the region.

France started its war against terrorist organizations in 2013 with Operation Barkhane, which it launched in Mali. The main goal was to prevent the militants from spreading from northern Mali to the capital Bamako and turning it into a terrorist hotbed. The operation achieved great successes in the beginning, but the terrorist groups returned again and have strengthened their presence recently.

France believes that its military presence in the Sahel-Sahara region is costing it dearly, whether financially or in lives. Operation Barkhane in Mali alone costs an annual €700 million. Paris is also facing major problems from the opposition media, which indicates that it seeks to protect its colonies in Africa, in addition to the spread of false news reported by the Western media about the reality of what is being implemented by the forces participating in Operation Barkhane.

In November 2019, French President Emmanuel Macron requested NATO Secretary-General Jens Stoltenberg to focus on combating terrorism in Africa’s Sahel-Sahara region, calling for military support from NATO in light of the security dilemma and terrorist groups in the region.

The Sahel-Sahara region is one of the most important terrorist hotbeds in Africa, as al-Qaeda and ISIS terrorists are active in the region, taking advantage of the deteriorating security situation and benefiting from the ability to move freely and easily between countries such as Mali and Niger. Tens of thousands of local residents have been forced to flee due to armed attacks and sectarian conflicts.

ISIS has strengthened its brutality in the region since April 2019, when late ISIS leader Abu Bakr al-Baghdadi, who was killed in October, announced the blessing of the presence of ISIS elements in that region and the establishment of State of West and Central Africa. Since then, the organization has intensified its presence by launching terrorist operations against civilians and military personnel.

Al-Qaeda also has a strong presence in the African Sahel region, as it managed to form its largest alliance in the world, known as Jama’at Nusrat al-Islam wal Muslimin (JNIM), which was established in March 2017 as a result of the merger of four terrorist movements in Mali and the Sahel region – Ansar Dine, the Macina Liberation Front, Al-Mourabitoun, and al-Qaeda’s Emirate of the Sahara Region.

African researcher Nasser Mamoun Issa said that the endless threats from terrorist groups in the Sahel-Sahara region are now more than what they were before 2013. Now ISIS has entered the region, where it found a place to carry out its operations against civilians and military personnel following its defeat in Syria and Iraq.

Issa told the Reference that the French forces, represented in Operation Barkhane, have been suffering recently from the absence of air cover to stop terrorist operations before they are carried out. Also, some tribes that disagree with the governments of the Sahel-Sahara region are cooperating with the armed elements by providing information on the locations of the French and government forces stationed in the region.

A European force with large numbers of soldiers, military personnel and an intelligence service must be established at the highest level in order to end the presence of terrorist groups and their control over most of the Sahel-Saharan countries, Issa contended.