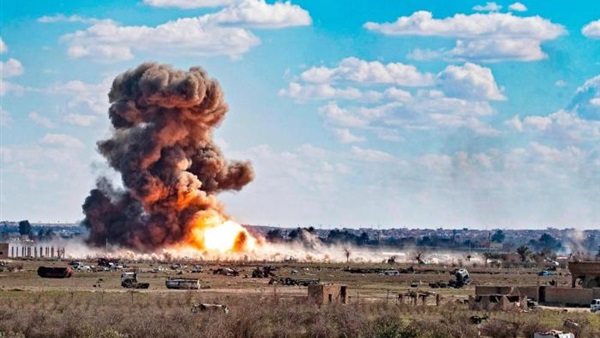 Some European societies experience feelings of fear caused by terrorist threats, which are carried out every year despite security restrictions and proactive intelligence. In 2019, terrorist and violent organizations relied on multiple strategies to confuse and exhaust, as happened in the Easter attacks in Colombo, Sri Lanka, where ISIS cells targeted three churches at the same time in an organized terrorist operation.

The same method was adopted by the Taliban in Afghanistan and the Indian subcontinent. The increase in terrorist activity in Afghanistan, along with end of the conflicts in Syria and Iraq, led the Taliban to overcoming ISIS as the bloodiest terrorist group in the world, according to the Global Terrorism Index 2019 prepared by the Institute for Economics and Peace.

On December 31, 2018, the organization targeted a residential building in the Russian city of Magnitogorsk, Chelyabinsk Oblast. According to the reports from there, the bombing resulted in the complete collapse of the ten-story building, killing at least 39 people, while a large number of injured were buried under the rubble. ISIS claimed responsibility for the attack on January 17, 2019.

Recently, in late 2019, three incidents have brought terrorism to mind. On November 29, a stabbing on the London Bridge resulted in the death of two people and several injuries. British police managed to shoot and kill the perpetrator, Usman Khan, who appeared to be wearing a fake explosive jacket. ISIS claimed responsibility for his operation a few hours later.

Dutch police announced that three people were also injured on November 29 as a result of a stabbing attack carried out in the busy Grote Marktstraat in the center of The Hague, similar to the London Bridge incident.

Organized terrorist operations this year revealed a new strategy adopted by most armed terrorist groups, utilizing what are known as “crocodile cells.” These cells have become important recently, as they carry terrorist spree operations, where the attacker trains for a period of six months until he is allowed to carry out an operation, and he has nothing to do with the others participating in the operation, which complicates obtaining information concerning an operation.

ISIS has taken up this new approach to sow terror in the hearts of Westerners through lone wolves. On March 27, Austrian security forces arrested an Iraqi accused of terrorist activity on Germany’s express ICE railway line between the cities of Nuremberg and Munich. On April 17, Spanish counterterrorist police announced the failure of a plan to carry out an attack in the city of Seville.

Despite these operations, terrorism has declined this year for the fourth year in a row. After reaching a peak in 2014, terrorism-related deaths have decreased by 52% since 2014, with 15,952 deaths recorded, down from 33,555 in 2014, according to the American Institute for Economics and Peace, which has issued the Global Terrorism Index for seven years. According to the report, the death toll from terrorism decreased by 15% in 2018, with the largest number of deaths occurring in Iraq and Somalia against the background of ISIS’s defeat in Iraq, the death of its leader in Syria, and US air strikes that targeted the Somali Al-Shabaab group.

The threats of crocodile cells and the recent plan to “snipe world leaders” indicate that ISIS is fully prepared to return and target Europe and that the threats have not stopped but are evolving. This was revealed on December 4, when Spanish forces arrested an ISIS terrorist cell near Madrid that was preparing to avenge the death of former ISIS leader Abu Bakr al-Baghdadi.