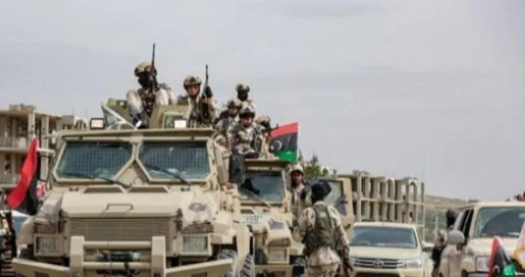 Clashes flare up between GNA-affiliated militias in Tripoli

Clashes erupted on Sunday between militias of the Tripoli Revolutionaries Brigade and those of the Special Deterrence Force in Zawiyat al Dahmani area in Tripoli.

Both militia groups are affiliated to the Libyan Government of National Accord (GNA), Al Arabiya Al Hadath reported.

Meantime, the broadcaster reported that the Libyan National Army has been able to made advances on the Ein Zara axis southeast Tripoli and gain control over some important positions that used to be held by the GNA forces.