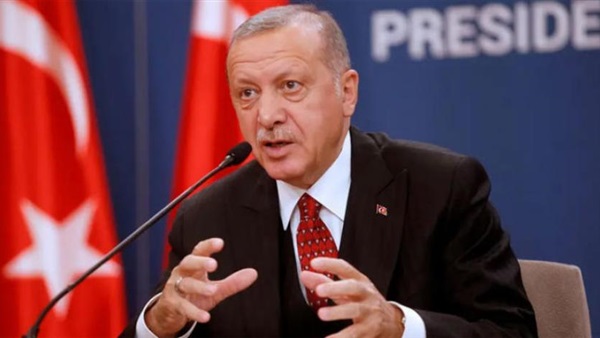 Blood and oppression in 2019: Turkey is collapsing and Erdogan’s popularity is eroding

Over the past year, the policies of Turkish President Recep Tayyip Erdogan have caused chaos at the local and international levels, as Turkey’s economy suffers from a continuous deterioration, while its relations with neighboring countries and the European Union have also deteriorated due to Ankara’s interference in the affairs of other countries and its support for terrorism.

Turkey has been included on a “grey list” by the Financial Action Task Force (FATF) due to its support and financing for terrorism, as Turkey’s financial system is not characterized by financial transparency standards.

Since the attempted coup in 2016, Turkey has not made positive progress in contributing to the fight against these crimes. Instead, financial investigations have been used against opponents, which burdened the competent authorities.

FATF published the Turkey Joint Assessment Report 2019, which is the third evaluation of Turkey after 2007 and 2014.

According to the report, Turkey has gaps that require fundamental improvements in dealing with the proliferation of nuclear weapons, corruption and terrorist financing.

The FATF report noted that the coup attempt in 2016 led to a decline in the Turkish political situation, as the Turkish Financial Crimes Investigation Board (MASAK) investigated cases related to coup perpetrators and dissident groups that Turkey described as terrorist organizations.

Almost all of the assets that Turkey seized, including €10 billion, are owned by supporters of the Gülen movement, which Turkey accuses of the failed coup. But the international community does not consider the movement a terrorist organization.

In an article summarizing the FATF report, the Financial Times said this week that Turkey could be added to the grey list and subject to a monitoring process if it does not comply with the report’s recommendations. The Financial Times also reported that the Turkish government had pressed to prevent the report from being disclosed to the public.

The value of Turkish GDP decreased by 9% during the first nine months of this year, compared to the corresponding period of 2018, affected by the continuing lira crisis.

Data from the Turkish Statistics Institute (TurkStat) showed that the value of Turkey’s GDP in US dollars amounted to $548.08 billion during the first nine months of this year, while it had reached $602.82 billion during the same period last year.

The fall in the value of Turkey’s GDP was driven by the decline of the Turkish lira during the first nine months of this year to an average of 5.75 lira to the dollar, while the average price in the corresponding period of 2018 amounted to 5.2 lira per dollar.

The Turkish GDP shrank 2.8% during the last quarter of 2018, another 2.3% in the first quarter of this year, and then by 1.9% during the second quarter, driven by the impact of the decline of the Turkish lira on various sectors of the local economy.

In October 2019, the International Monetary Fund set pessimistic forecasts for the Turkish economy this year and next, amid the foreign exchange crisis hitting the country, which has affected its various economic sectors since August 2018.

The IMF said in its Global Economic Prospects report issued in the first half of last October that it expects Turkey’s economy to grow by 0.2% this year, compared to 2.8% during 2018.

The Turkish economy has been experiencing the lira crisis since August 2018, amid the inability of the local government and official institutions to stop its deterioration despite a package of measures and legislation taken to ease the problem.

The IMF indicated that its expectations for inflation rates in Turkey during the current year amounted to 15.7% and then to 12.6% during the next year, which means that consumer prices remain above 10% for the third year in a row, according to historical data of the Turkish census.

The lira fell 30% in 2018, pushing up inflation and interest rates, while domestic demand declined.

In a related development, the Global Gender Gap report issued by the World Economic Forum revealed that Turkey ranked 130th out of 153 countries in terms of inequality between men and women, dropping from 105th in 2006.

In the category of economic participation and opportunities, Turkey ranked 136th, while it ranked 113th in the educational attainment category, 64th in the health and survival category, and 109th in the political empowerment category.

According to the report, the gap between men and women around the world has narrowed over the past year but will not disappear anytime soon.

Turkey in the media

In a related context, five satellite channels in Turkey were forced to close and lay off workers due to economic problems and inability to cover their operating costs, joining other media that have stopped broadcasting.

The management of the Woman TV channel had issued a decision in October to dismiss 30 employees due to its inability to obtain advertisements that would help it to continue its activity.

A few days ago, Turkish satellite channel Hilal TV, which is affiliated to Mustafa Islamoglu’s Islamist group, stopped broadcasting after 13 years following the previous decision of the channel’s administration to lay off all employees and broadcast recorded programs.

Turkey ranked last on a global index that measures the state of social justice in a number of countries around the world, affected by the policies of impoverishment and ignorance that President Recep Tayyip Erdogan’s regime imposes on Turks.

According to the Turkish newspaper T24, Turkey came at the bottom of a list of 41 European Union and Organization for Economic Cooperation and Development (OECD) countries in terms of social justice.

The Social Justice Index was prepared by the German foundation Bertelsmann Stiftung among the European Union and OECD countries, totaling 41 countries. It ranks countries according to several sub-indicators, including efforts to prevent poverty, opportunities for fair education, easy access to the labor market, and others.

Turkey ranked 31st in the Prevention of Poverty category, 41st in Fair Education Opportunities, and 37th in Access to the Labor Market.

In the context of negative numbers, a specialized report revealed the increase in suicides in Turkey due to the aggravation of the country’s economic crisis that closed many institutions and companies, which in turn increased unemployment rates.

Turkish news site Bold Medya reported that more than 1,600 laborers lost their lives due to work accidents during the first 11 months of this year, according to recent data.

At the same time, there has been increase in suicides among workers during the past six years, reaching more than 350, which was due to the fact that those people lost their jobs after their workplaces went bankrupt or due to harsh working conditions.

Likewise, the number of work accidents in Turkey increased by 400% during the past seven years, while the number of deaths due to work crimes reached 22,500 during the 16 years Erdogan’s rule.

Pinar Saip, head of the Istanbul Medical Chamber, said that the number of deaths from work accidents in Turkey has been increasing since 2012, the year in which the Occupational Health and Safety law was issued.

The Turkish authorities have arrested about 6,000 members of the opposition pro-Kurdish People’s Democratic Party (HDP) since 2015 until now, according to the “Human Rights Violations 2019” report prepared by the party, opposition newspaper BirGün reported on Thursday.

The report highlighted the violations that its members have been subjected to, especially in the recent period that witnessed mayors elected from its ranks only to have pro-regime caretakers appointed instead of them.

According to the data mentioned in the report, 15,530 party members were detained and arrest warrants were issued for 6,000, including 750 party members and leaders.

In its report, the party stated that Turkey is welcoming 2020 with total disregard for human rights, continuing the violations that started in 2015, which are only getting worse by the day.

The report noted that at least 1,674 members and leaders of the party were detained in 2019 alone, and arrest warrants were issued against 200 of them.

The New York Times reported that the end of Erdogan era is imminent, attributing these expectations to the decline in his popularity to the lowest level in three years and his huge loss in the recent municipal elections, in addition to former Prime Minister Ahmet Davutoglu’s formation of a new party aimed at attracting Erdogan’s conservative masses, which could seriously damage Erdogan’s chances of being re-elected.

Davutoglu’s separation from Erdogan, who was once his closest ally, also poses a direct challenge to the Turkish president, as he pledges to return to the original principles and ideals of their old party.

The newspaper noted that Erdogan’s popularity has decreased with the collapse of the currency and the economic recession. A recent poll showed his approval rating dropping to 33% from 41% in July 2018, which places him in a struggle to secure the majority of votes needed to re-elect him president.