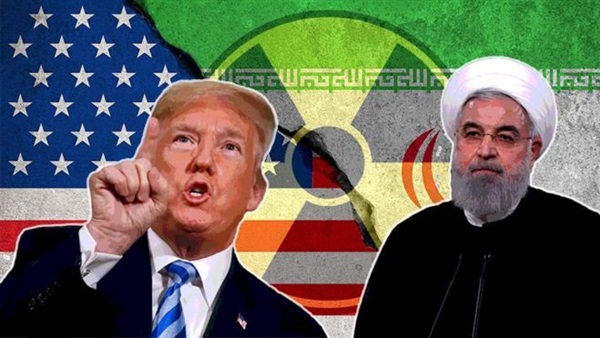 ‘Ball in US court’, Iran cuts back arrogance, to subject to Trump deals

As Tehran discovered that tones of intransigence would not work with US President Donald Trump, the mullahs’ officials began to calm their rhetoric towards issues that bind them to the United States, especially the issue of prisoner exchange between the two countries. Now, Tehran said it is ready to exchange all detainees with the United States of America.

Iran’s Foreign Minister Mohammad Javad Zarif says Tehran is “fully ready” to exchange more prisoners with the US after the latter freed Iranian stem cell scientist Masoud Soleimani, who arrived in Tehran after over one year of imprisonment in the United States.

“After getting our hostage back this week, fully ready for comprehensive prisoner exchange,” Zarif said in a Monday tweet in clear reference to Soleimani’s exchange with Xiyue Wang — a Chinese-born US citizen who had been sentenced to 10 years in prison for espionage in Iran in 2017.

After declaring Iran’s readiness to exchange more prisoners with the US, Zarif noted that the issue depended on the will of the American side, adding, “The ball is in the US’ court.”

“The president has had unparalleled success in bringing Americans home without paying concessions, without prisoner exchanges, but through force of will and the goodwill that he’s generated around the world,” U.S. National Security Adviser, Robert C. O’Brien, has said.

On the other hand, reports said the Obama administration paid Iran nearly $2 billion in a ‘ransom payment’ to release U.S. prisoners after at least two years of secret talks between Washington and Tehran.

Tehran’s response to Washington’s demands comes as a result of the US sanctions that severely affected the Iranian economy. Iran expected to use this issue as a pressure card on the current American administration, as it did with the previous administration, but it failed to do so.

Journalist Osama al-Hitaimi, an expert on Iranian affairs, told The Reference in an interview that the hostages situation is proof that Iran is an immoral state that does not hesitate to arrest people to use as pressure cards against their countries.

Iran finds arresting foreigners an opportunity that cannot be missed, especially those who hold American citizenship, because it understands that the American street is pressuring strongly on any ruling administration in Washington to release the sons of America in any spot, which is what Iran has been trying to take advantage of.

He also indicated that the Iranian celebration of this deal bears very important political significance; as the deal exposed the state of contradiction of the Iranian position, as successive statements by the leaders of the regime refused dialogue with the United States.