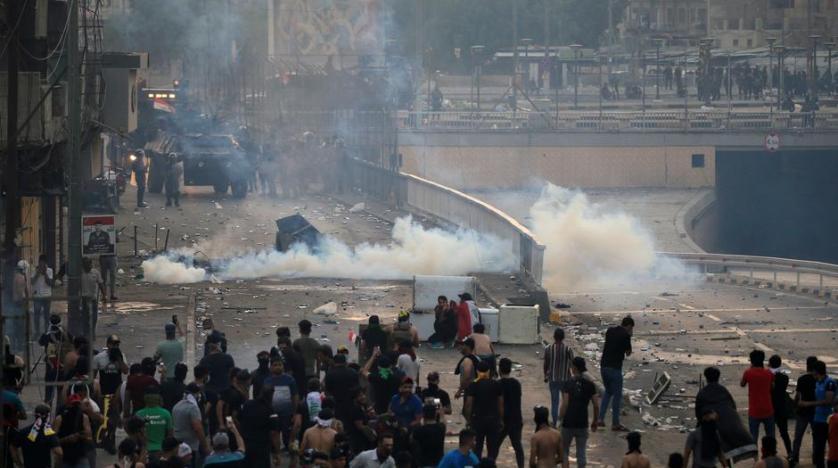 The last 60 days, especially since October 1, have changed the political landscape in Iraq. Partisan supremacies that held the reigns of the country for 16 years and manipulated elections have been confronted with a different reality.

Iraqi youth ignited the street with anti-government protests rejecting all changes introduced in the country after the fall of Saddam Hussein’s regime in 2003.

As protests persisted, amid a crackdown by security forces that left more than 400 dead and 20,000 wounded, the vast majority of whom are members of the poorest Shiite classes, the gap between demonstrators and politicians widened.

But for the first time in nearly two months, politicians and protesters shared a celebration on Tuesday.

Differences aside, protesters and politicians celebrated the victory each in their own way.

Demonstrators celebrated in the streets, while politicians expressed their feelings through the cables of congratulations they gave out on this occasion.

Iraqi President Barham Salih, in a speech, expressed his joy in victory on the one hand and his concern about selecting the next head of government on the other.

In a speech, Salih said: “As I call on the political blocs, to cooperate with us in order to nominate those we accept and agree to assign him to head the cabinet and form a new government within the constitutional deadline to ensure that problems are solved and the reconstruction of the country and institutions is promoted as aspired by our young men, women, children, elderly and all the spectrum of Iraqi society.”

“Remembrance of victory is an example for unity, the promotion of a united will and a firm determination to build our Iraq that we want.”