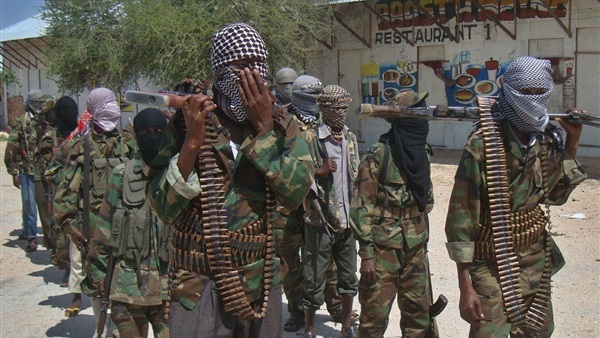 Al-Shabaab gaining strength in Somalia, despite US military presence

The American bimonthly international affairs magazine, The National Interest, revealed recently that the al-Shabaab movement, designated a “terrorist organization” by the US, had managed to gain presence in most of Somalia.

The movement succeeded in overrunning new territories in Somali capital, Mogadishu, and in the port city of Kismayo in the southern Lower Juba province of Somalia, the magazine said.

It added that official rhetoric about the defeat of the terrorist group has nothing to do with realities.

According to previous reports by The Reference, the US works to end control by al-Shabaab over a number of Somali cities. This is especially true, The Reference said, after the Qaeda-leaning group controlled several cities in the past few months.

The US staged 29 airstrikes on sites and camps of al-Shabaab in Somalia in 2018 and 27 strikes in 2017, according to the British newspaper, The Guardian.

It said the US also staged four other airstrikes against a group affiliated to the Islamic State of Iraq and Syria in Somalia.

These strikes come hard on the heels of a decision by US President Donald Trump to allow the military to intensify action against terrorist groups in Somalia.

The decision was taken after reports by US intelligence agencies showed that al-Shabaab was gaining strength across the whole of Somalia.

US-Somali relations passed through different phases. The US pays attention to Somalia, thanks to the importance of the country’s strategic location in the Horn of Africa, on the Red Sea and near the Bab al-Mandeb Strait.

In the 1980s and 1990s, the US offered Somalia $20 million in economic support. It also sent military reinforcements to protect its interests in the country.

In recent years, the US found itself obliged to deal with the interim governments that took over in Somalia. US interest in Somalia started to renew with Trump’s coming to the White House.

In March 2017, the Pentagon gave the US army the go-ahead to intensify action against extremist groups active in Somalia. In September 2017, the US administration formulated new rules for airstrikes in Somalia.