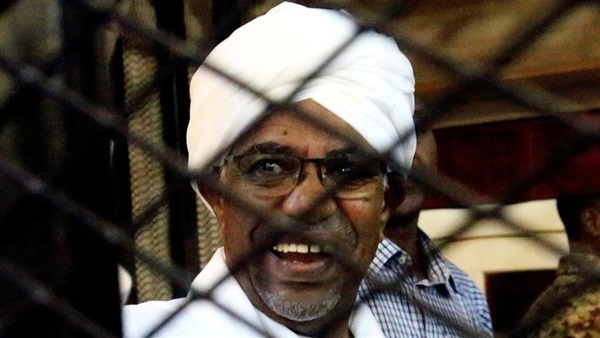 Calls by Muslim Brotherhood arms and former ousted president supporters in Sudan for mass rallies dubbed the “green march millionaire” have failed, as the people of Sudan became aware of the brotherhood’s disruptive and conspiracy calls.

Former Sudanese President Omar al-Bashir has been sentenced to two years in a correctional facility after being found guilty of corruption and illegitimate possession of foreign currency.

Al-Bashir ruled Sudan for 30 years before being removed in April by mass protests.

Judge Al-Sadiq Abdelrahman said during the trial that foreign funds of multiple currencies were found at his home, pointing out that illegal acquisition of wealth was punishable by up to 10 years in jail, while illicit use of foreign funds can lead to a three-year prison sentence.

Al-Bashir’s trial began on August 19, two days after the signing of a historic agreement between the military council and the opposition leaders to share power during a transitional period.

Moreover, Sudanese transitional authorities approved a law on Thursday to dissolve ex-president Omar al-Bashir’s National Congress Party (NCP). The transitional authority’s dissolution of the NCP and confiscation of its assets responded to key demands by protesters to end the existence of the Muslim Brotherhood in the country.

The Muslim Brotherhood in Sudan include the NCP, founded by Bashir in 1991, the Popular Congress Party, founded by Hassan al-Turabi in 1999, and the Movement to Support Sharia, which is led by Daesh supporters Muhammad Ali al-Jazuli, and Abd al-Hayy Yusef.

On the Brotherhood’s resort to violence, Abdel-Gayoum Abdel-Sayed, head of the Central Council of the Sudanese Congress Party, believes in press statements that the Brotherhood’s historical violence is currently embodied in their repeated attempts to fight and repel the revolution in an attempt to reinstate the ousted regime.

He added that many components of what is known as the “Islamic movement” have been using verbal and physical violence throughout their political history to achieve their goals.

Islamist movements researcher Hisham Al-Naggar told The Reference in an interview that  Al-Turabi is relying on filling the ideological gap that was left by Bashir’s NCP.

Al-Naggar added that the movement of the party and its mobilization in the street is undoubtedly dangerous, and threatens the situation in the country; especially since the government of Prime Minister Abdalla Hamdok faces many files related to the economy, security and corruption.

He also pointed out that these attempts are doomed to failure, due to the weakness and fragility of the party, and due to the divisions within it.