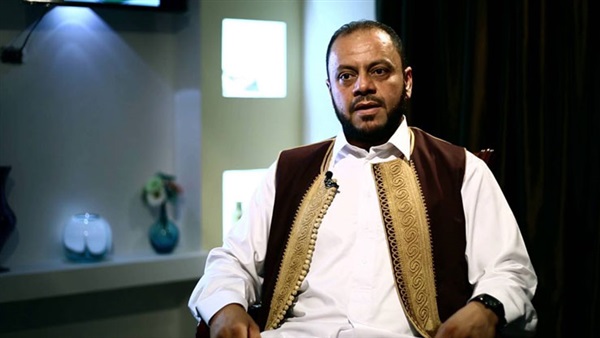 Abdulaziz Al-Siwi: The preacher of terrorism and advocate extremism in Libya

For several days, the pioneers of social networking sites shared a video of a Brotherhood leader in Libya, called Abdulaziz al-Siwi, who said from the pulpit of Sheikh Muhammad Mosque in the Libyan city of Misurata, that he calls members of the suspected group to carry out terrorist attacks in Egypt and Saudi Arabia as well as the Emirates, to support Jerusalem.

But in reality, the video circulated dates back to February 2018, and after that video, a number of Brotherhood members in Libya and a number of loyalists demonstrated to what is known as the “Council of the Wise and Shura”, in the same month after the Al-Wefaq government stopped him then and prevented him from speaking in a square.

The Sheikh Mohamed Mosque in the Libyan city of Misurata, and the suspected group announced the absolute support for the calls of “Al-Siwa” to launch terrorist operations in Egypt, Saudi Arabia and the UAE.

Preacher of terrorism and advocate extremism

Al-Siwi, who is Abdulaziz Ibrahim, is considered one of the most prominent symbols of the Brotherhood in the city of Misurata, who joined the group in 2001, and he is an Arabic teacher mainly working as a preacher and the Imam of Sheikh Mohamed Mosque.

The mosque is the oldest and most ancient mosque in the city and was built in the year 1880 and supervised by the General Authority of Endowments of the Government Al-Wefaq Libyan, whose branch is in Misurata.

The virtue of the Arab Spring

Abdulaziz al-Siwi is described as one of the most prominent leaders of the terrorist Brotherhood in Libya, which – due to the so-called Arab Spring revolutions – was able to establish a political arm for it in Libya under the name of “the Islamic Justice and Construction Party”.

He currently occupies several important sites within the terrorist group most notably, the membership of the group’s Shura Council, which supervises the activities of the group’s arms, whether political, media or advocacy.

Poet of the scene

During the last period and since the beginning of the conflict in Libya, Al-Siwi used the platform of the Sheikh Muhammad Mosque to serve the Qatari and Muslim Brotherhood agenda in Libya, and to promote the ideas of terrorist organizations and groups linked to the Brotherhood and Qatar.

He did not observe the sanctity of God’s homes, and incited to acts of violence and terrorism against individuals and countries that stand by Qatar and Brotherhood subversive agenda in the Arab region.

In the context of his tendentious campaigns against the Brotherhood’s and Qatar’s opponents, Al-Siwi described the former Libyan Prime Minister, Ali Zidan, and the head of the Libyan interim government, Abdullah Al-Thani, with profanity and descriptions, and the strangest thing was that he echoed these depictions through loudspeakers from the platforms of mosques.

He was called inside the group the “poet of the square”, because he was eloquent in writing poetry that he used to harness to support the group’s positions towards the leadership of the Libyan army and the House of Representatives as well as the parties associated with them.

In 2014, when terrorist organizations launched Operation Dawn of Libya in response to Operation Dignity launched by the Libyan National Army, Al-Siwi was one of the largest supporters of that terrorist operation, which witnessed a number of armed operations.