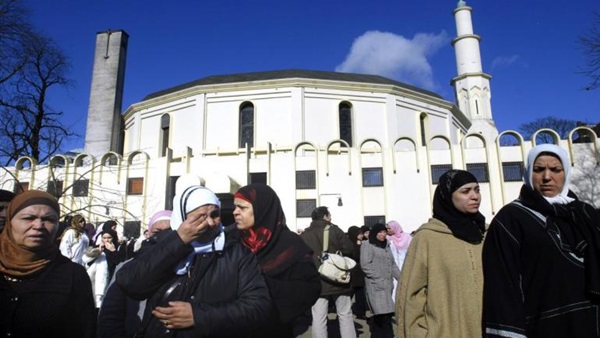 The past few years have witnessed a noticeable increase in the severity of warnings issued by Belgian officials about the growth of Salafi activity in the capital of the European Union, which came in harmony with security and legal measures taken by the government.

The beginning of the year

In April of this year 2019, the Belgian security apparatus counted about 100 Salafi organizations in the country, and the De Tijd newspaper noted that the authorities do not have official data on the number of Salafi organizations in the country, but Justice Minister Kon Haines, in response to a parliamentary inquiry, said: “There is already an increase in the number of Salafi groups and initiatives.”

The security apparatus has previously drawn the attention of the Belgian authorities to the increasing pace of Salafi activity, and to the fact that those who call for a return to “pure Islam” are increasing their influence over ordinary Muslims in Belgium.

In the fall of 2017, Theo Frankin, Minister of State for Immigration and Asylum Policies, warned of problems with what he described as “radical and ancestral Islam”, but not with Islam as a religion. Franken said: The priority is always to fight extremism.

In the aftermath of the March 2016 Brussels bombings by three suicide bombers at Zaventem Airport and the Metro Metro, which killed 32 people, and which ISIS claimed, the government took a series of measures against everything that would be described as Salafism. In Belgium it has become “poisoned by Wahhabism”, and Vervoort has blamed the local authorities for “increasing the influence of Wahhabi Islam in Belgium.”

A report carried out by an intelligence cell affiliated to the ministries of interior and justice warned of the growth of the Salafi tide and the increasing number of mosques and Islamic centers that have come under the direct influence of the Salafi movement.

The report stated that the Wahhabi prosecution apparatus increasingly tightened its grip on many places of worship, and at the time the number of imams carrying Wahhabi thought increased rapidly.

The report attributed the rapid spread of Salafism in Belgium to two main factors: Gulf money and the strength of the advocacy apparatus of the Salafists, indicating the success of the Salafi movement in making Muslims move away from European standards and values, as principles inconsistent with the provisions of Islam.

In late August 2012, the Minister of Justice attacked schools that “provide lessons in the Arabic language and extremist versions of Islam”. The newspapers quoted the minister as saying, “The Belgian authorities are concerned about Wahhabi propaganda in ten schools,” noting that these schools benefit from Gulf financing.

These statements came against the backdrop of clashes that took place in early June, with the security forces organized by Salafists in the suburb of Molenbeek-Saint-Jean, north of the capital, Brussels, in response to the arrest of a young Muslim woman who wears the niqab.

The security forces arrested ten people belonging to the “Sharia for Belgium” group or “Sharia for Belgium”, which calls for the application of Islamic law in this European country, and as a result, the State Security Agency warned of a thousand Salafis threatening stability.

The authorities believe that this group’s activity extends outside Belgium, and that its name is associated with a number of terrorist attacks, including the Madrid attacks in 2004. It is active in recruiting European Muslims and sending them to Iraq and Syria to join ISIS. Its leader, Moroccan Fouad Belkacem, and 45 leaders were arrested, and they were tried on charges of supporting ISIS and recruiting youth for it.

The Belgian authorities considered the Brussels Mosque, near the European Union neighborhood in the Belgian capital and near the European Commission building, a center for the group and described it as the main center of Salafism in Europe, and fertile ground for its vast network in Germany, France, Spain and Britain.

It is even considered a center for the export of fighters, and was among the undecided. At the mosque are the perpetrators of the assassination of the Afghan leader, Ahmad Shah Masoud, in the year 2001 AD, and Mahdi Nimouche, the suspect in the attack on the Jewish Museum in Brussels in May 2014, and Ayoub al-Khazani, who carried out the attack on the Thales train between Amsterdam and Paris, and other other operations.

In the aftermath of the March 2016 events, the Belgian government formed a parliamentary commission of inquiry, which made a series of recommendations in a report published in October 2017.

These recommendations include putting an end to the influence of Salafi teachings that came from, according to Belgian deputies, the Great Mosque in Brussels.

The Brussels Mosque is said to be spreading ideas that are described as extremist, and the Coordination Unit for the Assessment of Threats submitted a report to the Parliamentary Inquiry Committee alerting it to the existence of books calling for Salafism and extremist thought and for killing and stoning homosexuals as spread – according to the report.

George Dalman, a member of the Belgian Parliament and a member of the investigation committee, said, “There are many young people who were visiting the mosque who left to fight in the ranks of ISIS in Syria.”

Alain Courtois, the official in charge of practicing religious beliefs in the municipality of Brussels, demanded the closing of the Brussels mosque permanently, calling for opening the way for the so-called advocates of liberal thinking to supervise the mosque.

The leaders in charge of the mosque deny that they believe in violence as an approach, says Tamer Abul-Saud – Director of the Islamic and Cultural Center in Belgium: “We do not urge any discourse of a radical or ancestral character.”

Middle of the year

But in mid-2018, the Belgian authorities placed the Brussels Mosque under the management of a government authority for Islamic religion, the “Executive Authority of Belgium’s Muslims,” ending the lease agreement with the International Islamic League that had overseen the Grand Mosque in Brussels since its foundation in June 1969.

The Islamic Center was given a period of one year to vacate the building, allowing the formation of a “new structure that brings together the executive committee of Belgium’s Muslims and a local community” to take over its administration.