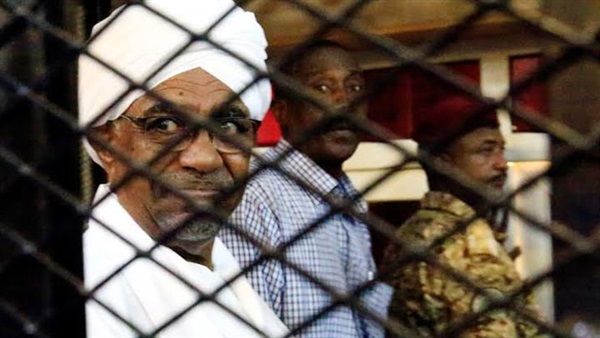 We will burn Sudan: The Brotherhood threatens transitional council if Bashir was tried abroad

With this outright threat, the so-called Popular Defense militias – founded by ousted Sudanese President Omar al-Bashir, with the help of the Brotherhood after the 1989 coup – addressed the Military Transitional Council, led by Abdel Fattah al-Burhan, in an attempt to pressure the council to prevent the extradition of Bashir to an international criminal court.

The militias of the ousted president issued a statement distributed to several media, saying, “The trial of Bashir abroad means mass fire of the country.”

In the same context, the forces of the Declaration of Freedom and Change, which led the revolution, and shared power with military leaders, called for handing over Bashir to the Criminal Court.

The Sudanese experts said that the statement issued by the Popular Defense militia, indicates their intention to enter the country in a dark quagmire, according to Saudi Arabia’s website Al Youm.

History of Bashir: Crimes and blood

It is noteworthy that during the rule of Bashir, Sudan witnessed several violations in the field of human rights; where the people were subjected to the worst forms of torture, rape and murder, unlawfully, as well as the confiscation of public freedoms.

In addition, he faces several charges by the International Criminal Court in The Hague of war crimes and genocide against Sudanese in Darfur.

Bashir was issued an arrest warrant, one in March 2009 and one in July 2010, for his criminal responsibility for war crimes, crimes against humanity and genocide following the killings, mutilation and torture of hundreds of thousands in Sudan’s Darfur region, Amnesty International said.

Since 2003, the bloody conflict in Darfur has begun, and estimates of civilian casualties are uncertain, but it is almost 500,000, as well as the rape of thousands of women, the torture of countless civilians, the looting of towns and villages, and the forced deportation of hundreds of thousands of civilians.

In 2005, the situation in Darfur was referred to the ICC by the UN Security Council.

In 2016, an Amnesty International investigation collected evidence of the use of chemical weapons by Sudanese forces against civilians, including children in the Jebel Marra area of ​​Darfur.

In March 2017, US Congressman Jim McFarran, a human rights defender, blamed the ruling National Congress Party (NCP), and the speaker of parliament, in particular, for authorizing the most repressive measures of the Bashir regime against his own people, causing the death of millions and massive violations of human rights in Sudan.

In a statement to the Reference, the researcher concerned with the African Mohammed Ezzedine said that the statements made by the Muslim Brotherhood would move the country to the square of civil war again, stressing the need to enforce the law, towards them, so as not to go further.

He added that these developments come under international and domestic pressure, demanded the need for the transitional government of Sudan to cooperate with the Criminal Court in The Hague, and the government to provide all who committed war crimes and genocide against the Sudanese people in the period of the former Brotherhood.