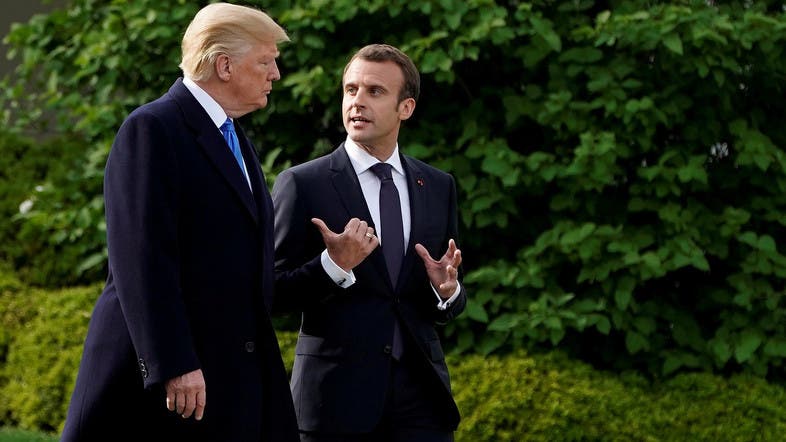 US President Donald Trump and French President Emmanuel Macron on a phone call on Monday discussed Syria, Iran and trade according to a series of tweets posted by White House spokesman Judd Deere on Tuesday.

“The two leaders reaffirmed their commitment to continue coordination on Syria. They also voiced concern over Iran’s steps to advance its nuclear program,” Deere wrote.

“President Trump further emphasized the importance of ensuring an even playing field for American companies. Both leaders expressed anticipation for joining their counterparts in London next month at the North Atlantic Treaty Organization (NATO) Leaders Meeting.”