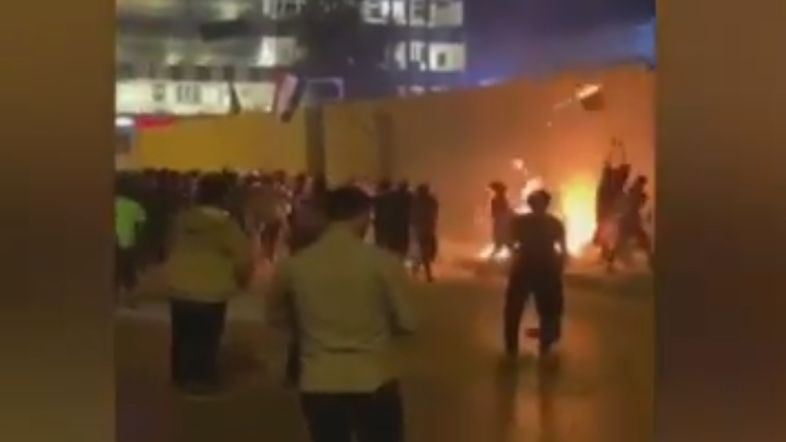 Three protesters were shot dead and 12 others were injured in Iraq’s holy city of Karbala near the Iranian consulate on Monday, AFP reported, when Iraqi demonstrators attacked the building.

Al Arabiya sources confirmed that security forces secured the building and reports say shots were fired in the air to disperse the demonstrators who threw stones and burned tires around the building on a street corner in Karbala.

There were no immediate reports of causalities, which comes amid ongoing protests in the capital Baghdad and majority-Shia provinces in the south.

The protests are directed at a postwar political system and a class of elite leaders that Iraqis accuse of pillaging the country’s wealth while the country grows poorer. But protesters have also directed their rage at neighboring Iran and the powerful Iraqi Shia militias tied to it.

The anti-government protests in Karbala, Baghdad and cities across southern Iraq have often turned violent, with security forces opening fire and protesters torching government buildings and headquarters of Iran-backed militias.

More than 250 people have been killed in the security crackdown this month.

The protests have grown and demonstrators are now calling for sweeping changes, not just the government’s resignation.

Tens of thousands of protesters have gathered in Baghdad’s central Tahrir Square and across southern Iraq in recent days, calling for the overhaul of the political system established after the 2003 US-led invasion. Protesters have also taken over a large tower in the square that was abandoned after it was damaged in the war.

Thousands of students have skipped classes to take part in the street rallies, blaming the political elite for widespread corruption, high unemployment and poor public services.