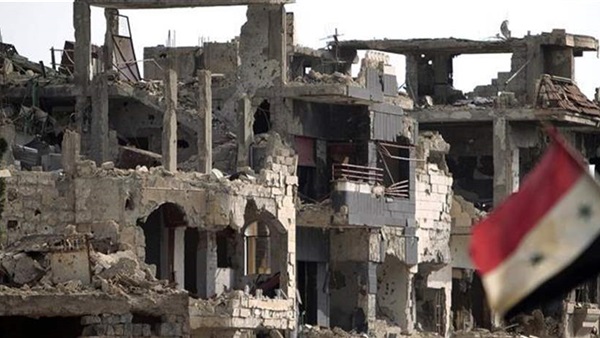 Syria’s rival powers meeting in one place for first time

Different parties to the Syrian conflict are meeting in the northeastern Syrian city of Hasakah, almost for the first time since the beginning of the Syrian civil war.

The Turkish invasion of northeastern Syria has imposed new realities in the city which is now coming at the frontline of the Syrian conflict.

Hasakah was controlled by the Kurds in the past few years. Nonetheless, the Turkish operation replaced the Kurds with Turkish troops and militias allied to Turkey.

This is why Syrian Democratic Forces, widely known as QSD, are calling for resisting Turkish attacks on cities east of the Euphrates.

The Syrian army has started deploying its troops in Hasakah for the first time since 2012, in the light of an agreement with the Kurds. But this brought the Syrian army face to face with Turkish troops.

Russia is also sending in troops, being a main player on the Syrian stage. Russia is operating joint patrols with the Turkey, in the light of an agreement between the two countries in the Black Sea Russian city of Sochi on October 22. The joint patrols open the door for the presence of a “safe zone” on the border between Turkey and Syria.

The US, meanwhile, maintained presence east of the Euphrates as well. It resent military equipment to control oilfields in the city.

Hasakah is a major oil production hub in Syria. The city occupies the eastern part of Syria.

The presence of all these rival forces in the city makes battles going on in it acquire great importance, Nourhan al-Sheikh, a political science professor at Cairo University, said.

She added that each of these rival forces tries to protect its own gains as much as possible.

“The meeting of all these forces is unprecedented in the Syrian conflict,” al-Sheikh told The Reference.