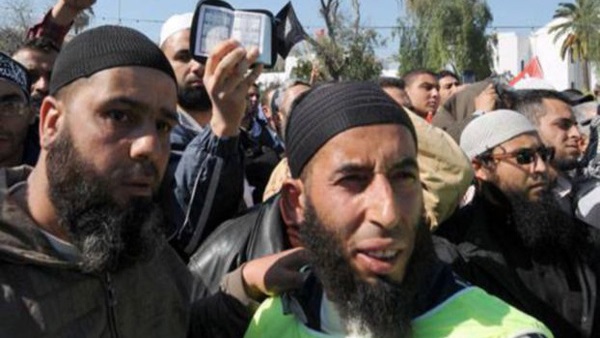 Although most Algerians condemn the violence of terrorist groups and do not support them, it is an exaggeration to say that the page of political Islam in Algeria has been turned and gone. The dangers of violent jihad have not completely dissipated.

Algerian researcher Dalia Ghanem predicted that some young people will be tempted by terrorism and embrace violence as a means of change, especially in light of what the researcher called the country’s continued plague with issues of political exclusion, economic marginalization, social inequality, repression, and episodes of violence in the past period.

She pointed out in a study titled “The Volatile Issues of Political Islam in Algeria,” published at the Carnegie Middle East Center, that the influence of Islamist politicians in Algeria is weakened, based on the hostility of ordinary citizens to representatives of political Islam, from the expulsion of Abdallah Djaballah, head of the Justice Front Party and the marginalization of Abdel Razak Maqri, who leads the party affiliated with the Muslim Brotherhood Movement of Society for Peace.

The study showed that the Algerian government has succeeded in a way, by allowing Islamist parties to engage in parliamentary politics and even participate in government coalitions, to defuse the moderate embodiments of political Islam. The approach of participation by Islamists since 1995 has enabled them to maintain survival. The regime also pursued them and moderates their legitimacy in the eyes of public opinion, impeding their ability to attract voters.

Ghanem stressed that the Islamists are trying to infuse themselves with the reputation of religious purity and promise spiritual utopia; but the Algerians do not believe these tricks. Therefore, it is unlikely that the Islamic parties will regain credibility in the near future, or have a prominent role in the popular movement that forced former President Abdel Dear Bouteflika to resign.

It is likely that these parties will continue to accept the rules of the game, in exchange for a seat in the transition process overseen by the army.

According to the researcher, other grassroots manifestations of political Islam, such as the Salafi Da’wa, are beginning to take root in society, despite their reputation for turning their backs on politics.