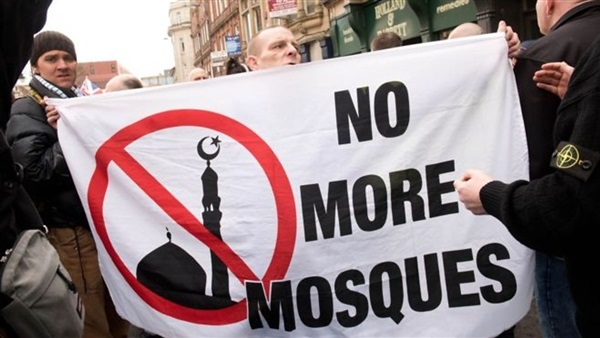 In an attempt to respond to the growing phenomenon of Islamophobia in France, hundreds of French Muslims and non-Muslims called for a demonstration on Sunday, November 10 in Paris under the slogan “Stop Islamophobia” to denounce the repeated targeting of Muslims by some politicians and media, expressing their anger that Muslims are repeatedly linked with extremism and terrorism.

According to the French newspaper Le Figaro, the left camp in France has showed that there are differences of opinion regarding the demonstrations to be held in Paris. The paper pointed out that many political figures have already signed a petition calling for a demonstration in Paris to denounce what it describes as discrimination against the French Muslims. This demonstration comes following the attack on a mosque in Bayonne in late October carried out by a former candidate in the far-right National Rally party.

The difference among the French left is over the term “Islamophobia”, according to Le Figaro. Defenders of secularism in France and the vast majority of political formations prefer to distinguish between “anti-Muslim racism” and “Islamophobia”. They believe it is possible to criticize religions as ideologies without targeting believers.

Meanwhile, the Al-Azhar Observatory to Combat Extremism said that France is witnessing a fierce war against extremism, which has caused incidents that have killed many innocent victims. One such incident was the terrorist attack carried out by Mickael Harpon on October 3. Harpon, who was an administrative officer at the French police headquarters in Paris, stabbed a number of his colleagues with a knife, killing four policemen before he himself was killed.

The Observatory pointed out that this terrorist event sparked controversy in French circles about the nature of the phenomenon of extremism and deducing its signs and causes in order to avoid the risk of repetitions of these terrorist attacks. After each terrorist attack, Islam is put in the dock by French politicians. Therefore, during a memorial service for the victims of the terrorist attack, President Emmanuel Macron called on the French nation to unite and mobilize in order to confront the phenomenon of what he called “Islamic extremism”, vowing to wage a relentless battle on this type of terrorism. “Your colleagues have fallen victim to the stabbings of a distorted and deadly Islam, which we must eradicate,” he added.

For his part, French Interior Minister Christophe Castaner acknowledged the existence of loopholes in the tracking the execution of the attack, expressing dissatisfaction with the humiliating statements of some politicians regarding this incident, as some described it as “disgraceful to the state”. He pledged to tighten control, so that no adherent of extremist ideology among police officers could carry out a terrorist or criminal act without being reported immediately.

During a hearing held by the National Assembly’s law committee five days after the incident, Castaner proposed a list of signs that could warn of religious extremism in someone, expressing his desire that possessing just one of these signs would be reason enough for someone to be accused and reported.

Castaner believes that among the signs of extremism that must be paid attention to is the “persistence in practicing religious rites, especially during the month of Ramadan.” He then began to list the various signs that portend religious extremism, especially “growing the beard, quitting French customs such as kissing between men and woman when meeting, changing behavior with those around, practicing prayer regularly and noticeably, and not participating in a mixed team with women.”

According to information published by the French BFM TV, two police officers working in the Paris region were disarmed after their colleagues reported a change in their behavior. One of the officers was working in the Villeneuve-la-Garenne suburb and a change in his behavior was observed due to his keenness to keep praying at work and his refusal to shake hands with women; he was also doing some preaching.

In the same context, the Huffington Post revealed the discontent of some deputies in the Republican, En Marche and Socialist parties. En Marche Deputy François Jolivet said in a statement, “I want to express my dismay and outrage at this unfortunate news that goes beyond the limits of reality. The use of such an attack for sectarian and electoral purposes is unworthy of the French Republic.”

With many deputies unconvinced of the “signs of extremism” mentioned by Castaner, leftist Deputy M’jid El Guerrab, who represents of the 9th district for French abroad, said, “Where? Who will be reported? And to what degree? Who will evaluate these reports?”

The deputy went on to address the interior minister, saying, “I notice that you have a beard, too. If you were a Muslim, I hope you are not reported.”

“If we start investigating all the Muslims who grow their beards, we will not finish,” said Alain Rodier, who is responsible for studying terrorism at the French intelligence research center CF2R. “The beard standard is really useless today, because the terrorists master being invisible among the masses so that no one will notice them.”

Nadine Morano, a member of the right-wing Republican party, demanded in an interview on French news channel BFM that the French interior minister resign, expressing her shock at the unfortunate incident and explaining that the confusion between Islam, violence and terrorism has become clear to critics.

In a statement published on the Le Journal du Dimanche website, some 100 local deputies denounced the stigmatization of Muslims in France and warned of the perilous ways in which France is drifting away, stressing that accusing a sect of Muslims and considering them a potential threat, just because of the beard or wearing the veil, plunges society into doubt rather than certainty.

The deputies added that the continued use of this vocabulary could become a cause of frustration for the majority of Muslims, who feel discriminated against and excluded from French society, and not only would it then be a rift in the structure of society, but would become a rupture in the fabric of the nation.

In a letter to Macron, Nagib Azergui, founder and president of the Union of French Muslim Democrats (UDMF), called for not giving in to the destructive desire to unjustly stigmatize Muslim citizens and to opt for national cohesion at all costs.

At the end of its report, the Al-Azhar Observatory explained that it is not unusual, as it is only Islam in the dock, which is of course due to the outrageous and abusive actions of a few extremist groups that have wreaked havoc on the earth. It was the result of the loss of generations that embraced their deviant thought and took violence and terrorism as a path that will only result in abyss and loss.