Latest Posts
16:55
Home Profile Saad al-Tira: Returning from Turkey to fight in the ranks of the Libyan Brothers 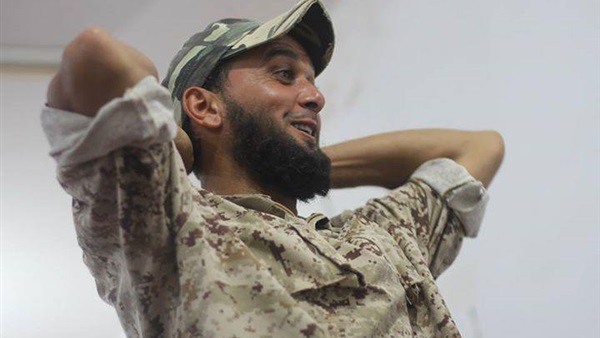 Saad al-Tira: Returning from Turkey to fight in the ranks of the Libyan Brothers

On Saturday (November 2nd), the Military Information Division of the Libyan National Army (LNA) uncovered one of the most important terrorist elements hunted by the security services, Saad al-Tira, a machine gunner who is called Abu al-Zubair al-Dernawi and is fighting with the Wefaq government forces south of Tripoli.

The Division announced on its social networking site Facebook that Al-Tira appeared in the earlier versions of terrorist groups, and he is threatening the Libyan army forces to carry out terrorist operations.

Saad Abdul Salam Saad Abdul Salam Al-Tira, born in 1977, is a 42-year-old resident of the Eastern Coast neighborhood of Darnah, eastern Libya. He is a member of the Abu Salim terrorist squad, senior member and field commander of the battalion.

He was arrested by the Libyan authorities in March 2008, released in August 2009, joined the Abu Salim Battalion in February 2011, and became its field officer, in addition to his membership of the Shura Council of the five-member battalion.

Saad is one of the most wanted international terrorist elements along with the leading terrorist Ibrahim el-Jadran.

Dernawi was concentrated in Sabha beach for a while, then moved to the south of Bani Walid, then to Misrata, then Tajoura to announce his presence in Tripoli to fight within the ranks of the Wefaq government.

Al-Tira participated in the battles against the Libyan armed forces in Derna and Benghazi.

At the beginning of 2015, he was injured in confrontations with the terrorist organization Daesh, following doctrinal differences between him and the armed organization, in the axis of the eastern coast of the city of Derna.

He flew to Turkey on a false passport through the airline of the wings owned by the terrorist Abdelhakim Belhadj. After his return, he was assigned to lead a group of 30 armed elements, to carry out terrorist operations from the city of Derna to Benghazi and Ajdabiya.