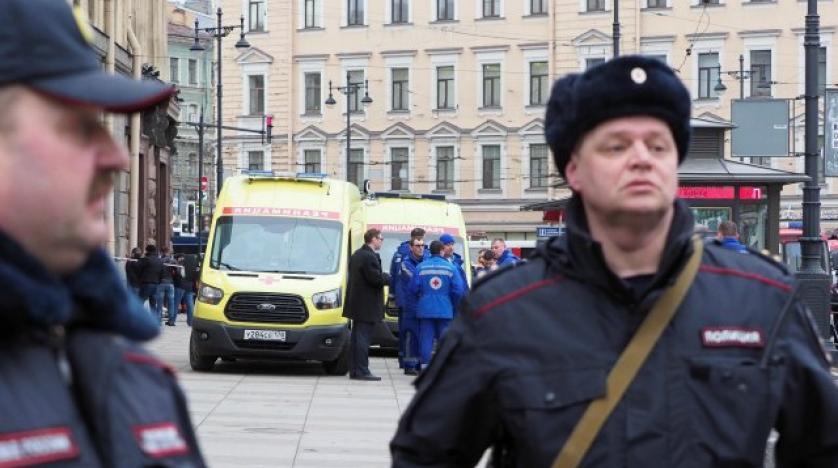 The defendants have set up an ISIS cell in Yaroslavl province, TASS news agency reported citing the Federal Security Service’s office in the province.

The terrorists contacted ISIS members through the Telegram messaging application, which is banned in the Russian Federation, and planned to carry out terrorist attacks in one of the Russian regions, but they were unable to carry out their criminal plan when they were arrested last year.

After examining the case file, the Moscow Military Court sentenced the members of Yaroslavl terrorist cell to prison with terms ranging from 9 to 15 years.

The Federal Service also announced it arrested members of an ISIS cell collecting donations to fund the group’s activities and revealed that they had raised about $156,000 for Syrian militants.

The agency issued a statement reporting that ISIS representatives gave instructions to the cell members to establish a financial system that funds the activities of the international terrorist organization.

The agency arrested two members of this criminal cell who transferred money to militants in Syria via payment systems and cards.

Security services searched the residence of the defendants and uncovered means of communication and payment of checks as well as other evidence to prove their involvement, according to the statement.

On several occasions, the Russian security services the arrest of criminals accused of collecting funds claiming they were for “donations” and transferred them to finance the activity of the organization in Syria.

During its latest operation, the security said it had thwarted the transfer of over $90,000 to the terrorist organization, which a group had assembled in nine Russian entities, claiming they were “charitable donations.”