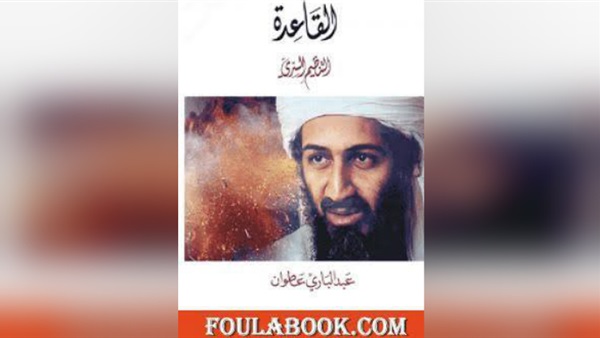 Talk about al-Qaeda has returned to the forefront in light of the death of former ISIS leader Abu Bakr al-Baghdadi and the foggy future of terrorist organization, leading us to look at controversial Palestinian writer Abdel Bari Atwan’s book “The Secret History of al-Qaeda”.

In his book, Atwan presented the organization’s secret and effective angles enabling it to stay on the terrorist map for a longer time, dismantling the image of the group’s leadership being reduced. He also listed the implications of regional expansion on the future of the organization, attributing his own proximity to al-Qaeda to an obscure meeting with Osama bin Laden in 1996 in the mountains of Tora Bora in Nangarhar, eastern Afghanistan.

Projecting the most important variable that underlies the continuity of the spread of al-Qaeda, Atwan pointed to the level of modernity that was found during his visit to bin Laden’s headquarters. The author stated that the communications network was highly developed and not in line with the ascetic nature of life advocated by the fundamentalist Islamists.

Atwan added that bin Laden and his associates were also interested in examining the archives of Arab and foreign newspapers and following the media. Even the interviews conducted with bin Laden were based on his choices of media figures, showing his keenness to follow the press scene and its staff.

In the fourth chapter, titled “Jihad Online,” Atwan listed the nature of communication between the organization, media and other recipients. He stated that the group would send e-mails to foreign newspapers of its choice to inform them it would carry out a suicide attack or terrorist operation, as happened with the bombing of the USS Cole off the coast of Yemen and the Madrid bombings on March 11, 2004. This then developed into a special platform for the organization with well-trained elements to ensure that messages were delivered to the largest number of followers worldwide, including security and intelligence services.

Atwan pointed out that some of the founding elements of the terrorist organization refused to rely on Western means of communication under the pretext of being manufactured by the enemies, but Abdullah Azzam convinced bin Laden of the need to use modern technology.

Hence the technological role was not limited to communications, but also to planning, logistical support and training, such that some of the organization’s terrorist operations were carried out while each perpetrator possessed a laptop during the attack.

Moreover, in a message published on the organization’s site in 2003, titled “The 39 Principles of Jihad”, cyber jihad was included in Principle 34 as a sacred duty.

Based on the aforementioned, the role of communications in terrorist organizations is evident in the recruitment process and the mobilization of elements and sympathizers to join and adopt the same view, until the communications strategy reached the operations of lone wolves.

Atwan cited his thesis that the killing of bin Laden does not affect the expansion or weakness of the organization as some other observers have contended. He pointed to the new structure of the organization, which enables it to establish regional branches in many countries, stressing that these branches contribute to the organization’s continued strength, and even increase it, by exploiting political, economic and security weaknesses in the countries where they grew up.

Contrary to the US belief that its war in the Middle East would destroy al-Qaeda, the terrorist organization used the internet to attract sympathizers and supporters of its ideology from within the West itself, wooing those with troubled personalities and posing a real danger to everyone, both Arab and Western.

Atwan also claimed that al-Qaeda’s influence on the West was greater than what the West had achieved in combating the organization. He cited the strict laws and security structures that were designed recently to rein in the organization, which has managed to threaten Europe geographically and strategically, causing major expenditures by the EU and Washington to maintain security in Africa.

Atwan claimed that al-Qaeda has some influence over young people in Europe, citing the gun attack on the headquarters of French newspaper Charlie Hebdo in Paris on January 7, 2015 that left 12 dead and 11 injured.

However, the author did not overlook the fact that this is not necessarily a clear structural presence, but may be elusive in fundamentalist groups that are intellectually and emotionally inclined to the organization, from which they draw their ideas and attack strategies, obeying the al-Qaeda leader remotely.

Atwan argued that Abu Musab al-Zarqawi had in the past cooperated with a person named Abu Musab al-Suri to send trained militants from Iraq to Europe among the groups of immigrants so as to disturb the region and later establish a nucleus for the establishment of the organization’s network in Europe.