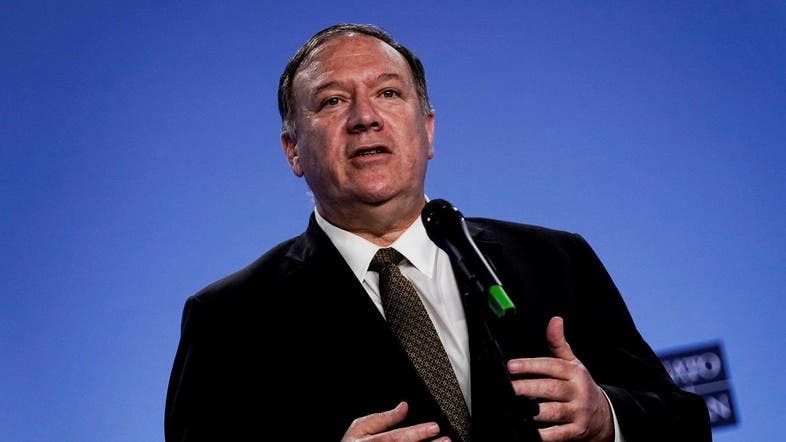 US Secretary of State Mike Pompeo on Friday slammed Tehran’s treatment of an inspector with the UN’s nuclear watchdog agency last week as “an outrageous and unwarranted act of intimidation.”

The top US diplomat said Iran “detained” the inspector, who the International Atomic Energy Agency has said had been briefly prevented from leaving Iran.

Iran said Thursday it had cancelled the inspector’s accreditation after she triggered an alarm last week at the entrance to the Natanz uranium enrichment plant.

The alarm during a check at the entrance to the plant in central Iran had raised concerns that she could be carrying a “suspect product” on her, Iran’s Atomic Energy Organization said in a statement posted online.

As a result, she was denied entry, it added, without specifying whether or not anything had been found in her possession.

Iran’s ambassador to the IAEA Kazem Gharib Abadi told reporters after a special agency meeting in Vienna that after setting off the alarms on October 28, the woman “sneaked out” to the bathroom while waiting for a more thorough inspection with a detector that can find a range of explosive materials.

After her return, the alarms did not go off again, but authorities found contamination in the bathroom and later on her empty handbag during a house search.

Iran said IAEA officials were present for all the searches.

The IAEA has not publicly commented on the incident with the inspector so far.

“The US fully supports the IAEA’s monitoring and verification activities in Iran, and we are alarmed at Iran’s lack of adequate cooperation,” Pompeo said in a statement.

“IAEA inspectors must be allowed to conduct their critical work unimpeded. We call on Iran to immediately resolve all open issues with the IAEA and to afford Agency inspectors the privileges and immunities to which they are entitled.”

Iran has been progressively scaling back its commitments under a landmark 2015 deal aimed at reining in Tehran’s nuclear program in exchange for sanctions relief.

German Chancellor Angela Merkel has rejected Macron’s comments, in an interview with British weekly The Economist, as “drastic” and Pompeo said on Thursday the alliance was perhaps one of the most important “in all recorded history”.

But he acknowledged the need for NATO to evolve in a question-and-answer session after delivering a speech in Berlin on Friday, one day before the 30th anniversary of the fall of the Berlin Wall.

“Seventy years on … it (NATO) needs to grow and change,” he replied. “It needs to confront the realities of today and the challenges of today.”

“If nations believe that they can get the security benefit without providing NATO the resources that it needs, if they don’t live up to their commitments, there is a risk that NATO could become ineffective or obsolete,” he said.

NATO was founded in 1949 to provide collective security against the Soviet Union and is preparing for a summit in London on December 4.

NATO Secretary-General Jens Stoltenberg wants to project an image of unity when Chinese military might is growing and Russia is accused of trying to undermine Western democracies through cyber attacks, disinformation campaigns and covert operations.

In his speech, Pompeo criticized Russia’s treatment of political foes and said China used methods against its people that would be “horrifyingly familiar to former East Germans.”

Reflecting on the lessons learnt from the Wall coming down, he said “the West – all of us – lost our way in the afterglow of that proud moment.”

“We thought we could divert our resources away from alliances, and our militaries. We were wrong,” he said. “Today, Russia – led by a former KGB officer once stationed in Dresden ‒ invades its neighbours and slays political opponents.”

Europe’s energy supplies should not depend on Russian President Vladimir Putin, he said.

Pompeo said it would be irrational to consider Russia a “worthy partner” in the Middle East though Washington wanted other countries’ help put pressure on Iran to resume negotiations over its nuclear programme and to “cut off its ability to fund terrorist proxies”.

In Beijing, China’s Foreign Ministry criticized Pompeo over earlier comments about the Chinese Communist Party, saying those remarks had been “extremely dangerous” and exposed his “sinister intentions”.