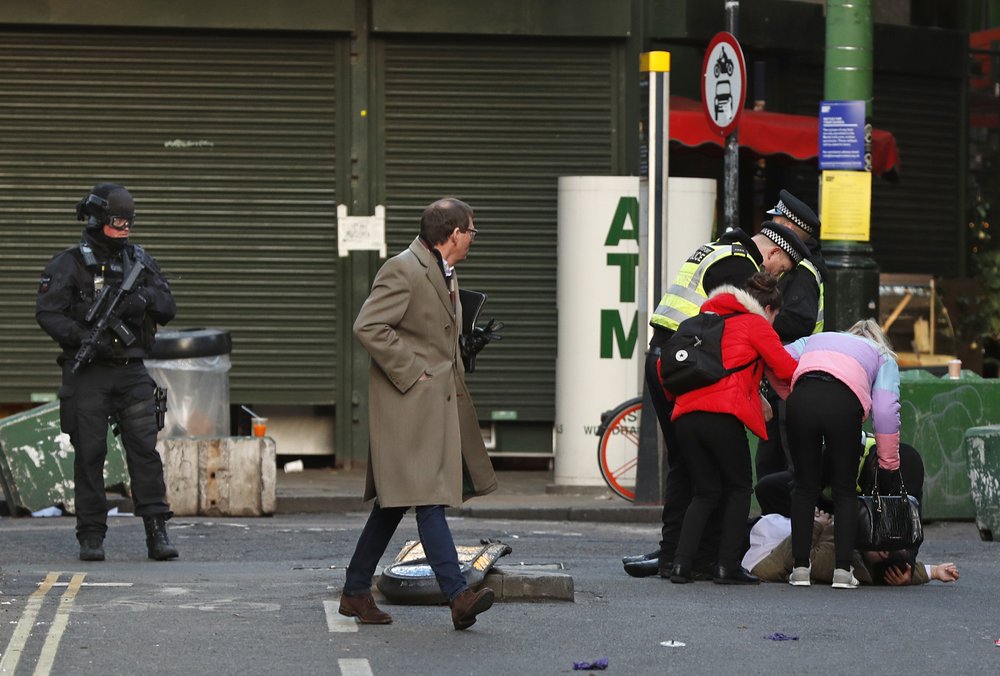 British police say a man who stabbed two people to death and wounded three others was a 28-year-old who had served a prison sentence for terrorism offenses.

The Metropolitan Police force says the suspected attacker is Usman Khan, who lived in the Staffordshire area of central England.

He was shot dead by police Friday on London bridge after the knife attack.

Neil Basu, the force’s counterterrorism chief, said Khan was convicted in 2012 “for terrorism offenses” and released in December 2018 “on license,” which means he would have to meet certain conditions or face recall to prison.

Police say they are not looking for anyone else in connection with the attack.

London Mayor Sadiq Khan says police are not looking for anyone else in the stabbings that took place near London Bridge.

The mayor commended the “breathtaking heroism” of the members of public who intervened in the incident, running toward the suspect. The man was later shot dead by police.

Khan says a number of people were wounded in the incident Friday and that some of the injuries are serious. He did not offer a figure, but said it was important to allow the families of those who were hurt some privacy.