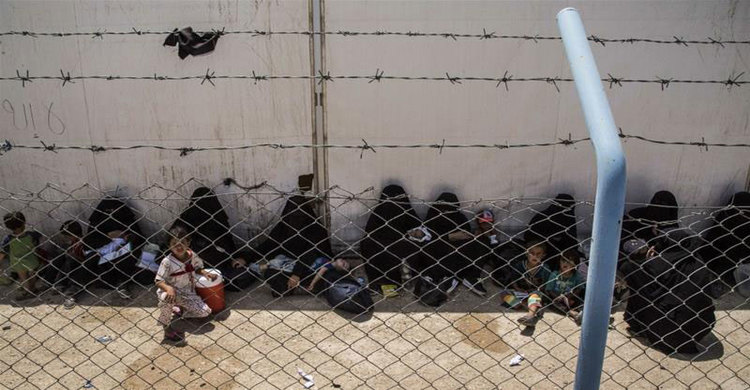 The Netherlands must “actively” help repatriate children of women who joined the Islamic State of Iraq and the Levant (ISIL or ISIS) group in Syria, but the mothers themselves need not be taken back, a Dutch court has ruled.

Monday’s ruling by a judge at The Hague’s district court came after lawyers representing 23 women launched a lawsuit last week demanding the Netherlands return them and their 56 children from detention camps in northern Syria.

Judge Hans Vetter said that while the women did not need to be repatriated, the state must make “all possible efforts” to return the children, who have Dutch nationality and are under 12 years of age. Most children are younger than six.

The women, however, “were aware of the crimes being committed by ISIL and must be tried,” it said.

The Dutch government has always insisted it was too dangerous for Dutch officials to go into the camps and find the women and children to return them to the Netherlands.

Almost 68,000 defeated ISIL fighters and their families are being held in the sprawling al-Hol camp in northern Syria, according to the Red Cross. They are under the custody of Syrian Kurdish forces after they took the armed group’s last enclave in March.

Among them are 15 Dutch men, 35 women and 90 children, according to figures released by the Dutch intelligence agency for the month of October.

While filing the lawsuit on Friday, lawyers had argued that the women and children were living in “deplorable conditions”.

In his ruling, Judge Vetter said children in camps such as al-Hol were at risk of being killed by shelling of the camps, or being subjected to sexual abuse, and were already suffering from the lack of sanitation, medical care and adequate food.

The government should use all options available, including seeking the help of the Americans, the judge added.

“But it also means that the state cannot be forced to do something that’s impossible to do,” he said.

Last month, two women who joined ISIL reported to the Dutch embassy in Ankara and asked for consular assistance to return to the Netherlands after escaping from al-Hol camp.

The Dutch government said it would first wait to see whether the women would be prosecuted by the Turkish authorities.

Ankara said on Monday it had started sending back foreign fighters to their countries of origin, with a US national already expelled and more than 20 Europeans, including French and Germans, in the process of being expelled.

The Netherlands enacted a law in 2017 that allowed the state to revoke Dutch citizenship for people who joined ISIL.

Dutch media reported that the state has revoked the nationality of 11 fighters and is considering the same for 100 others.