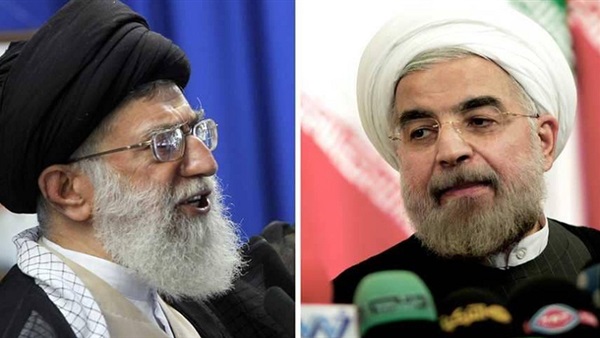 The mullahs’ regime in Tehran is trying to show its cohesion in the face of mass demonstrations sweeping the country, by promoting that these protests are nothing but a conspiracy aided by paid media.

the Iranian president’s advisor, Hesamodin Ashna, was saying that his country was not Iraq or Lebanon and that Iran will not allow “paid” media to determine its fate.

What confirms the lies of the mullahs’ regime is that the Iranian protesters were the ones who broadcast the protests to the whole world themselves.

Instead of the Iranian regime responding to the demands of its people, it increases its intransigence and repression, claiming that the decision to raise gasoline prices is in the interest of the people, calling on its three authorities to cooperate with each other to implement a plan to ration and raise the price of gasoline, and called on all institutions to work to implement them fully and successfully, which confirms the lack of any intention by this regime to respond to the demands of the people.

Iran’s Interior Minister Abdulreza Rahmani Fazli announced the sudden 300 percent increase in the price of gasoline last Friday, saying that it was a decision by the country’s High Council for Economic Coordination.

Journalist Osama al-Hitaimi, an expert on Iranian affairs, told The Reference in an interview that remarks by the Iranian president’s advisor regarding the role of the media in fueling the demonstrations are consistent with what Khamenei himself has said before, when he said that the enemies of Iran are seeking to take advantage of these protests.

He further added that these remarks show the extent to which the Iranian regime insists on ignoring the demands of protesters and disregarding them, which means he will proceed in his economic and political policies that were the cause of the protest movement that sparked since the end of December 2017.

Moreover, referring to the current situation in Iran and both Iraq and Lebanon reveal the extent to which the regime and the head of its pyramid are afraid, especially when Khamenei described protests in these countries as “riots.”