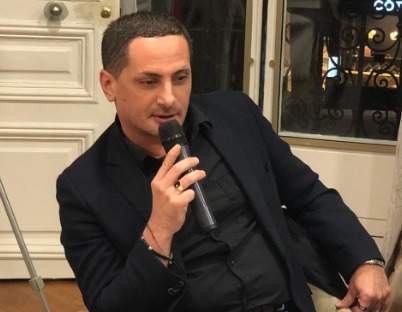 Middle East affairs specialist, Roland Lombardi, said Friday that Russia has been banning the Muslim Brotherhood and Salafist movements since 1970.

Sufi movements, he said, only are allowed to operate in that country.

He added at a seminar by CEMO in Paris, titled “Turkish foreign policies and their disastrous consequences on Europe”, that Turkey had backed the Arab Spring revolutions with the aim of destabilizing the countries where these revolutions took place.

Lombardi noted that Turkey also wanted to bring down the regime in Syria with the aim of instituting a Muslim Brotherhood regime instead of it.

Turkey backed the Muslim Brotherhood, as well as other militant groups in Syria, Lombardi said.

Attending the seminar was a large host of researchers and experts. They included Ahmed Youssef, Joachim Veliocas, Pierre Berthelot, Garen Shnorhokian. Several Middle East specialists from Europe also attended the seminar, along with a large number of Arab and French journalists.