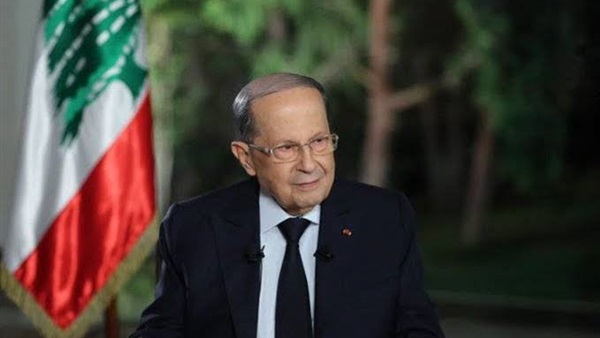 “Hezbollah has been since 2006 committed to UN resolution 1701, and he doesn’t interfere in any issue on the Lebanese territory. An economic blockade has been imposed against Hezbollah, but it targeted all the Lebanese people,” President Aoun said, noting that this blockade is aimed at sowing discord and clashes among Lebanese parties.

Aoun said the sanctions imposed on Hezbollah have affected all of the Lebanese people, referring to the US sanctions on the Iran-backed organization.

The US government sanctioned Lebanon-based Jammal Trust Bank for aiding and transferring money to the Iran-backed group Hezbollah.

The Department of Treasury’s Office of Foreign Assets Control, or OFAC, said the bank enabled “banking activities for Hezbollah” and had been added to the executive sanctions order for financially supporting the group.

“Jammal Trust provides support and services to Hezbollah’s executive council and the Martyrs Foundation, which funnels money to the families of suicide bombers,” said Sigal Mandelker, Treasury’s undersecretary for terrorism and financial intelligence.

Meanwhile, the Lebanese people continued their demonstrations protesting the economic turmoil in the country.

Hezbollah has added fuel to Lebanon’s economic woes since the rallies broke out across the country on Oct. 17.

Former Prime Minister Fouad Siniora blamed Hezbollah for the economic turmoil that hit the country, accusing Hezbollah of violating the constitution and the Taif Agreement.