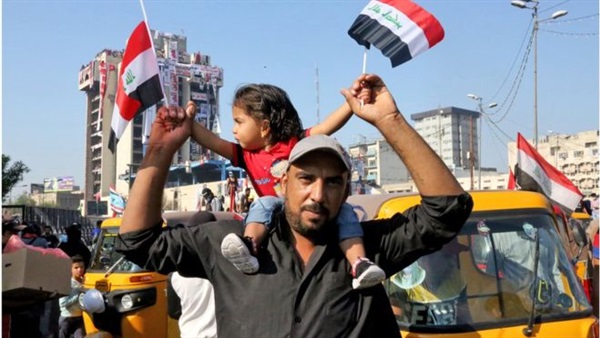 Iraq is going through critical circumstances as the public protests are escalating amid growing fears of s new Syria-like conflict in the region. The transformation of peaceful protests to deadly conflict would give an excuse for killing the demonstrators.

The Iraqi demonstrators have blocked the roads leading to oilfields, especially in the south, to pressure the government to resign.

On October 6, the offices and journalists of several prominent networks, including Al-Arabiya, were attacked by masked gunmen in what seems like a coordinated attempt to shut down all dissenting channels.

Iraqi protesters attacked the Iranian consulate in the city of Karbala, in the latest sign of mounting anger against Tehran’s involvement in the country’s affairs.

The protests, which began in October, are rooted in grievances about government services, but have expanded into demands for the toppling of the entire political class.

Over the weekend, thousands of protesters blocked access to the vital Umm Qasr port near the southern city of Basra, in an apparent attempt to impose an economic toll on the government.

Iraqi political analyst Firas Elias said that armed groups, which are not controlled by the Iraqi government are one of the most nagging problems facing the Iraqi state.

“The second wave of Iraqi protests, which began on October 25, have witnessed many abductions, threats and killings. Civil activist Saba al-Mahdawi was abducted by some masked men while she was on her way home,” Elias added.