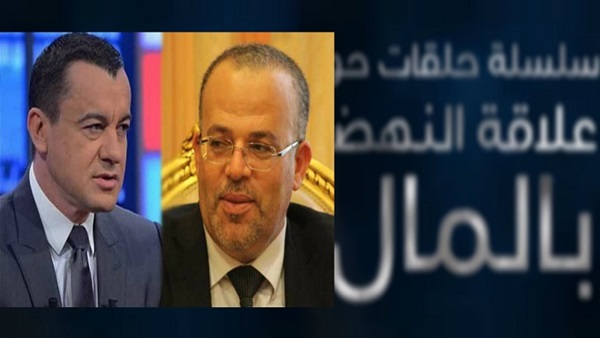 The Ennahda Movement, the political arm of the Muslim Brotherhood in Tunisia, has started a new series of attacks against opponents.

The onslaught on Ennahda’s opponents comes hard on the heels of an announcement by a Tunisian TV channel that it would start throwing light on the funding sources of the Islamist movement and the wealth its leader Rachid Ghannouchi has.

Tunisian entrepreneur Sami Fehri was banned from travelling outside Tunisia after he declared his plan to broadcast a series of investigative reports about the financial transactions of Ennahda Movement on al-Hiwar channel.

The Tunisian newspaper, Business News, published leaked information about the expected reports. The first of the reports would throw light on the financial violations that take place inside Ennahda and rampant corruption inside the movement, especially in relation to Ghannouchi’s son-in-law Rafik Abdessalem who served as Tunisia’s foreign minister under prime minister Hamadi Jebali.

The newspaper quoted an unnamed source as saying that Fehri had enlisted help from a Tunisian lawyer who gave him information about the financial irregularities committed by Abdessalem.

The lawyer, al-Tayeb Belsadek, wrote on Twitter that he is legally responsible for all the information he gave Fehri.

Tunisian blogger Ulfa al-Riyahi said she would sue Abdessalem for deceiving the Tunisian people. She added that Abdessalem leeps publishing documents about the case of Ennahda in Tunisian courts which is against the law.

He added in statements to the press that Ennahda has nothing to do with the ban against the travel of Fehri and his wife.