Latest Posts
15:32
Home Islamist Movements How ISIS is being run after al-Baghdadi’s death? 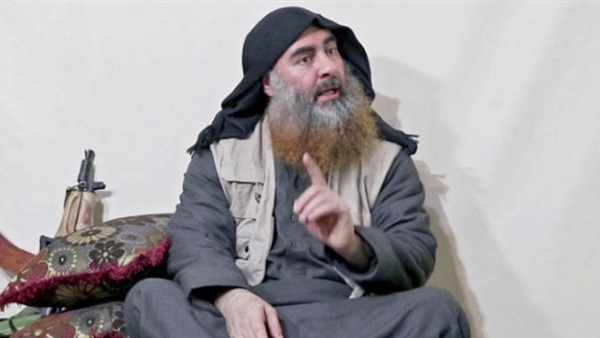 How ISIS is being run after al-Baghdadi’s death?

In early July 2016, al-Furqan, the Islamic State’s media arm, released a video clip titled “The Caliphate,” in which it revealed the organization’s hierarchy in the states it founded in Syria, Iraq and other countries.

The al-Furqan report said a “commission” was running the terrorist organization without revealing its role in terrorist operations. By July 2017, the commission’s role was gradually unveiled as ISIS leader Abu Bakr al-Baghdadi, assigned it to run the organization and grievances of Muslims living in the organization’s strongholds.

Al-Baghdadi sent a message to the head of the commission, ordering him to look into the grievances of Muslims. The message, a copy of which was made available to THE REFERENCE, was sent weeks after the Russian troops said they had killed al-Baghdadi in Syria in 2017.

After the message, al-Baghdadi disappeared for a long time.

In 2017, ISIS went through a conflict between two leading groups within the organization.  A number of ISIS commanders called on al-Baghdadi to solve the dispute, which caused the loss of many areas, which ISIS had controlled.

However, al-Baghdadi sent a sealed message saying that the commission will into the matter. According to documents obtained by THE REFERENCE, a message from Abu Jandal to al-Baghdadi shows that ISIS leader was absent for a long time and the commission was actually running the organizations.

In July, the United Nations’ Security Council released a detailed report on ISIS after the defeat of ISIS in Baghouz.

The Security Council report said despite the organization’s loss of land, ISIS has developed mechanisms of communication with its foreign branches. It added that ISIS has made some internal structural changes to continue its war.

Joshua Geltzer, a former top counterterrorism official on the National Security, said that al-Baghdadi’s death would not undo the damage of the U.S. withdrawal.

US President Donald Trump announced the killing of al-Baghdadi in a military operation in Syria last week.

Russia beefing up security in Caucasus to prevent ISIS emergence