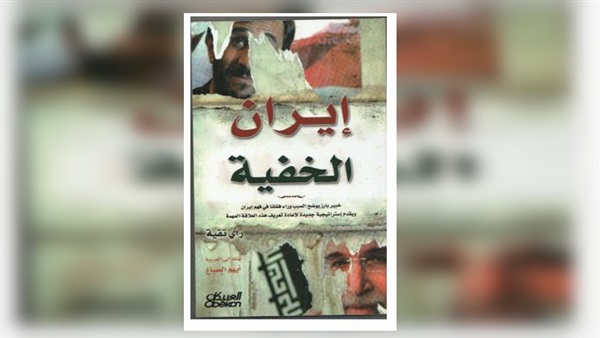 Since taking control of Iran in 1979, the mullahs’ regime has sought to conceal all information about its internal situation by restricting domestic and international media and trying to export a good image to inspire the world to the success of the revolution.

On the outside side, Tehran has sought to export the ideas of its revolution to the world, through some groups seeking to dominate governance in the name of religion, led by the terrorist Brotherhood, which exaggeratedly celebrated the Iranian revolution.

With this blurry picture drawn by the Iranian leader for himself and his country, many researchers and writers sought to identify the reality of the situation inside Iran, such as the book Hidden Iran, which came under the title “Leading expert explains why we fail to understand Iran and provides a strategy to redefine this important relationship”, by the American-Iranian researcher Ray Taqiya, issued by the Obeikan House in Saudi Arabia, in 2010.

The book was comprehensive, ranging from understanding the Iranian revolution and the division of the internal society, and the watershed after the events of September 11, 2001, to the relationship between former US President George W. Bush and the regime of the mullahs.

The author explained in the introduction to his book that he seeks to learn to understand the Iranian regime correctly.

How to be Khomeini?

In the first chapter, entitled “Khomeini’s Legacy,” the author presents a complete picture of the Iranian leader Ayatollah Ruhollah Khomeini and his role in the events of 1979, starting from his intellectual roots during the youth phase, as he sought to reach what is known as «justice».

Khomeini was then influenced by philosophy and studied, before moving to Sufi thought, then leftist thought in order to get rid of the capitalist and imperial hegemony that dominates the international community, which he saw as a reason to plunder the wealth of vulnerable people, which made him openly declare his rejection of US interference in the affairs of his country. During the 1950s, he was influenced by the speeches and opinions of Iranian thinker Ali Shariati.

With Khomeini coming to power, he saw that the best way he could maintain his regime was to export the revolution abroad, not to focus on reforming internal affairs, especially since it weakened his regime, according to his understanding, and worked to exclude all other political currents from the scene.

The author refers in the second chapter of the book to the poles of the Iranian political system are pragmatists, reformists, conservatives, and their competition for the leadership of the Iranian regime after the death of Khomeini, in June 1989, and the reformists attempt to reach the system instead of the conservatives belonging to Ali Khamenei, as the pragmatists tried to go towards the economy.