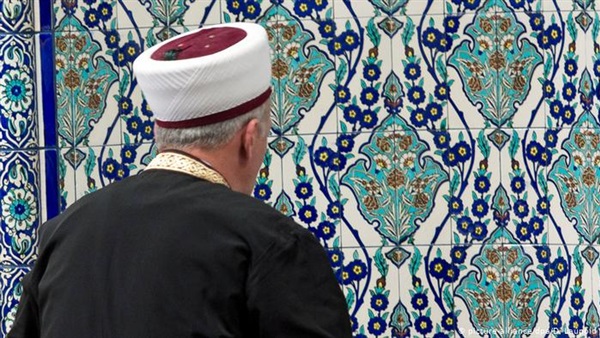 A training program for Muslim imams in Germany begins on Thursday, November 21, aimed at curbing external influence across the country, in a move backed by the German Interior Ministry and several Islamic organizations, including the Central Council of Muslims in Germany.

Germany fears that the Turkish-Islamic Union for Religious Affairs (Diyanet) will control the imams working in the country, especially as Germany hosts three million people of Turkish origin. Diyanet is the largest Islamic umbrella organization in Germany, where it manages 900 mosques with Turkish-trained imams and financiers from Turkey. The language and culture barrier of these imams, as well as the loyalty of many of them to the Turkish government, have prompted the German government to deal seriously with this issue in recent years.

The German government intends to reduce the tanigble and institutional impact of imams from abroad. State Secretary of the Interior Ministry Markus Kerber said in an interview with Deutsche Welle last April that if young people who were born and raised in Germany go to the mosque or seek advice from an imam, then it is better for the cleric to have experience with life in Germany. He added that this is not about the Germanization of Islam, but rather the localization of Islam in the country.

According to Deutsche Welle, there is no clear plan to accomplish the local configuration of imams, especially since the language represents a big barrier, and at this point the German government plans to amend the residency law to make the German language compulsory for imams who want to come to the country.

The Islamic sciences are currently taught at several German universities such as Münster, Tübingen, Osnabrück and Frankfurt.

The approval of the University of Münster to officially change the university’s Center for Islamic Theology (CIT) into a college earlier this year was a first step to face the Brotherhood-Turkish hegemony that seeks to impose certain political agendas contrary to enlightened Islamic thought.

Professor Dr. Mouhanad Khorchide, who was appointed dean of the college, discussed with German President Frank-Walter Steinmeier the tools to counter the discourse of political Islamist groups by spreading moderate Islam, supporting the efforts of enlightened personalities, and trying to find adequate solutions to address the Muslim youth, especially those who are German.

Khorchide unveiled the tricks used by political Islamist groups and terrorist groups, who use texts and fatwas out of context in order to justify their heinous crimes, and he also urged the need to spread the correct concepts of Islam in Europe. He stressed that the German president is interested in promoting a different image of Islam from the image promoted by terrorist groups, as well as simplifying the image of German society in light of the attempts by some to impose their ideas and call for inserting Islamic Sharia law within German law.

The moderate image of Islam for women, minorities and “the other” was also clarified, while the ideas promoted by extremist groups were rejected, which won the respect and admiration of the German president.

Extremists on the minbar

German journalist Constantine Schreiber presented a series of television episodes featuring his experiences in German mosques in March 2017 as an investigative journalist. He spoke about some shocking Friday sermons by some imams urging Muslims not to integrate in the country and constantly warning about life in Germany.

Meanwhile, Egypt’s Dar al-Ifta warned of the danger of leaving the minbars to non-specialists and hardline religious currents that are working hard to employ these pulpits and houses of worship to achieve their own goals, taking advantage of the great confidence enjoyed by the imams of mosques among Islamic circles, especially since many Muslims listen to the sermons and preaching from the imams without verifying what was said or searching for the proper fatwas and sayings attributed to the true religion.

Dar al-Ifta’s Observatory for Monitoring Islamophobia affirmed the need to pay attention to the imams of mosques in Germany and to properly train and prepare them by acquiring the true legitimate sciences accredited by major Islamic authorities such as Al-Azhar. It also cautioned against allowing unqualified persons to take the minbars and take over the Muslim discourse, because this represents a distortion of Islam and spreads chaos and confusion among Muslims.

The Observatory called on the German government to cooperate with German Muslims in preparing special training and qualification programs for the imams of mosques and to provide them with all the knowledge and sciences necessary. It also called for using moderate Islamic references in the Muslim world to ensure the graduation of imams with a degree of knowledge and awareness that contributes to achieving the active and positive integration of Muslims in German society, as well as preventing extremist and terrorist currents from using places of worship to produce more extremist and terrorist elements.