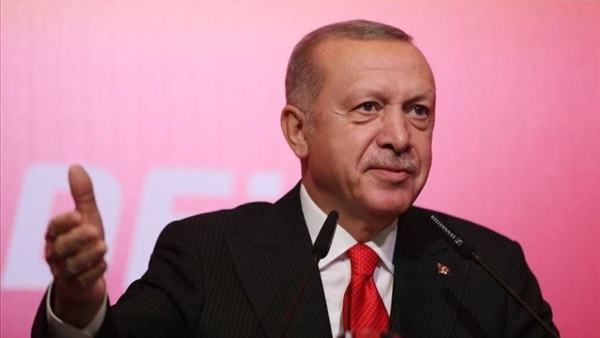 The government of Turkey’s ruling Justice and Development Party (AKP) has used the operation known as the “spring of peace” against the Kurds in Syria to increase its repression of opponents.

An Amnesty International report released on 1 November revealed that the Erdogan regime accuses anyone who opposes the military operation of terrorism, noting that the penalties amount to arrest, travel ban, and long prison terms if convicted.

The report stressed that the government of the Justice and Development Party took the process as a pretext to silence the opposition against the regime, until it came to consider talking about the rights of the Kurds beyond the borders, and a charge punishable by.

Marie Stressers, an organization official, said that the reactions to Operation Spring of Peace are closely monitored, while the Turkish authorities are investigating anyone who criticizes the operation under the pretext of fighting terrorism.

The report also pointed out that the Supreme Council of Radio and Television «RTÜK», issued a warning the day after the start of the process, saying: “We will not tolerate any publications that may adversely affect the morale of the Turkish nation and the Turkish army.”

In the same day, journalists were arrested. The first is Hakan Demir of the newspaper Perjon because of a tweet about the process, and the second is the editor-in-chief of the site Deccan Fatih Gokhan Dilar, because of the news.

Investigations continued, and a travel ban was imposed until the investigation is completed.

The report refers to the statements of journalist Norgan Baysal whom security forces raided her house at dawn last October 19; because of publications on the peace process on social networking sites.

The report highlighted the Turkish president’s criminal complaint against the French magazine Le Pen after accusing him of carrying out ethnic cleansing operations in northeastern Syria; causing a crisis between Ankara and Paris.

The front page of the weekly magazine, Le Pen carried a picture of Erdogan offering a military salute accompanied by the words: “ethnic cleansing .. Erdogan’s way” and “Will we allow him to kill the Kurds?”.

The report also explained the arrest by the Turkish authorities of about 186 people; for posting on social networking sites, coinciding with the start of the operation “spring of peace”, in addition to the investigation with 839 during the first week of the operation.

The director of Turkish Public Security Mehmet Aktask last week said That they monitored 1297 accounts on social networking sites publishing misleading news about the operation, and arrested 452 people and 78 of them were imprisoned.