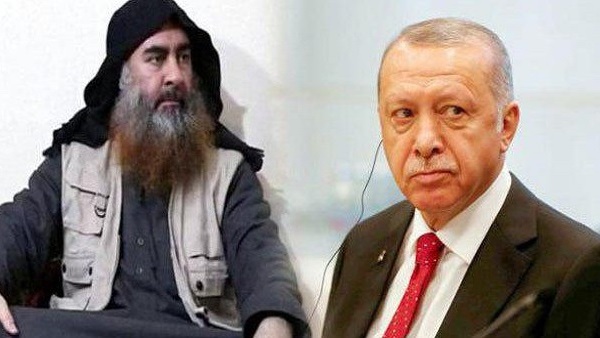 “A DNA test confirmed that [the child is al-Baghdadi’s]. They [al-Baghdadi’s arrested family members – TASS] remain in custody in a Turkish deportation center. The Justice Ministry will deliver relevant decisions in their regard,” Erdogan underlined.

The Turkish leader’s comments were his second effort in as many days to publicize his country’s push to catch IS members who were close to al-Baghdadi. Turkey is facing criticism that its recent military offensive to drive Syrian Kurdish fighters from northeast Syria would allow for an IS resurgence.

“All of al-Baghdadi’s inner circle is mostly targeting our country and these people are looking for ways to settle in our country or to come to our country,” Erdogan told reporters.

Erdogan and Turkish officials revealed Wednesday that Turkish police detained one of al-Baghdadi’s wives and a daughter last year.

A Turkish official said that they were among a group of 11 IS suspects detained in a raid in southern Turkey on June 2, 2018. Police identified the wife as Asma Fawzi Muhammad al-Qubaysi. The official said she was the first wife of al-Baghdadi, who is known to have four wives. A subsequent DNA test confirmed that a suspect who identified herself as Leila Jabeer was al-Baghdadi’s daughter, the official said.

This week, Turkish authorities said they captured al-Baghdadi’s elder sister, Rasmiya Awad, her husband, daughter-in-law and five children in the town of Azaz, in Aleppo province in northwestern Syria. The region is administered by Turkey following a previous military incursion that was launched in 2016.

Erdogan said that the suspects were being kept in detention centers in Turkey while the Turkish Justice Ministry would decide how to handle their cases.

Al-Baghdadi blew himself up during an Oct. 26 raid by U.S. special forces on his heavily fortified safe house in the Syrian province of Idlib. The raid was a major blow to his extremist group, which has lost territories it held in Syria and Iraq in a series of military defeats by the U.S-led coalition and Syrian and Iraqi allies.