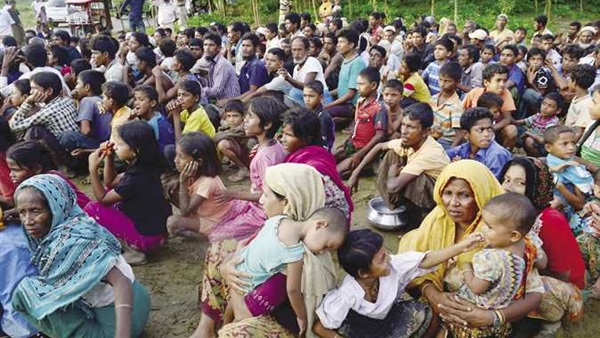 Following international criticism towards a campaign that Beijing has announced as a counter-terrorism plan in 2017, activists have released a map showing the suspected locations of nearly 500 prisons and camps that China is using to lock up the Uighurs, a mostly-Muslim ethnic minority in the country’s western Xinjiang region.

The maps show the coordinates of 182 suspected camps, which it calls “concentration camps.”

US Secretary of State Mike Pompeo has expressed his “sincere condolences”  to Uygur individuals whose activism – including meetings with US officials – has reportedly led to reprisals against their relatives in China.

The US government was “deeply troubled” by accounts that the Chinese government had “harassed, imprisoned or arbitrarily detained” Uygur Muslim activists and survivors of Xinjiang internment camps who had made their stories public, Pompeo, Washington’s top diplomat, said in a statement.

In a statement on November 5, Pompeo condemned China for harassing family members of “Uygur Muslim activists and survivors of Xinjiang internment camps who have made their stories public”.

The 403 pages of internal papers obtained by the Times provide an unprecedented look into the highly-secretive Communist Party’s controversial crackdown, which has come under increasing international criticism, especially from the United States.

The documents include previously unpublished speeches by President Xi Jinping  as well as directives and reports on the surveillance and control of the Uighur population, the newspaper said on the weekend.

In a 2014 speech to officials made after militants from the Uighur minority killed 31 people in a train station in southwestern China, Xi called for an all-out “struggle against terrorism, infiltration and separatism” using the “organs of dictatorship,” and showing “absolutely no mercy”, according to the daily.

The internment camps expanded rapidly following the appointment in 2016 of a new party chief in Xinjiang, Chen Quanguo, AFP reported.

Chen, according to the Times, distributed Xi’s speeches to justify the crackdown and urged officials to “round up everyone who should be rounded up”.

Reputed within the party for his handling of minority groups, Chen earlier led iron-fisted policies aimed at crushing dissent in Tibet.

The trove of leaked documents included a guide to answering questions from students who had returned home to Xinjiang to find their families missing or detained in camps.

Officials were instructed to say the students’ family members had been infected with the “virus” of extremist thinking and needed to be treated before “a small illness becomes a serious one”.

Over the past two years, tombs have been smashed and human bones scattered in dozens of desecrated cemeteries in China’s northwest region, research by Agence France Presse and satellite imagery analysts Earthrise Alliance has revealed.

While the official explanation for the policy is urban development or the “standardisation” of old graves, overseas Uighurs say the destruction is part of the state’s concerted effort to eradicate their ethnic identity and control every aspect of their lives.