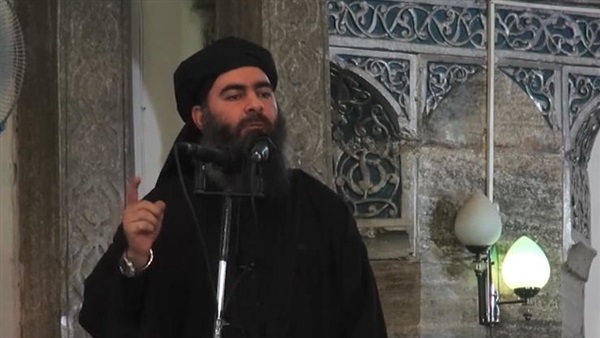 The British newspaper, The Independent, published a report on November 10, titled “The assassination of Bin Laden was fatal for al-Qaeda, but Baghdadi’s death could breathe new life into ISIS.”

In this report, the newspaper throws light on the difference between the two terrorist organization after the death of their leaders.

It said in May 2011, Osama bin Laden was killed in a US Special Forces raid on his hideout in Abbottabad, Pakistan.

This dealt a fatal blow to al-Qaeda as a cohesive organization, the newspaper said.

It added that the administration of then-US president Barack Obama considered that to be one of its greatest achievements.

But the organization’s demise, The Independent said, resulted in the emergence of a collection of successor groups, including two that proved to be even more potent and vicious: the Nusra Front in Syria and the Islamic State (ISIS).

With this in mind, it is advisable to be wary of apparent successes like these, The Independent said.

The same could happen again following the death of ISIS leader, Abu Bakr al-Baghdadi, during last week’s US Special Forces raid on his hideout in northwestern Syria, it added.

It said there have been conflicting accounts of how, precisely, Baghdadi came to meet his grisly end.

One story is that he was tracked down to an isolated house near a village north of Idlib belonging to the leader of the Hurras ash-Sham (Guardians of Syria) Front, a local ISIS affiliate, after a tip-off by a defector from the group, it said.

But doubts have been cast on this version of events, not least by the Russians, it added.

It noted that suspicions had been raised in the Middle East by the US’s failure to provide evidence confirming Baghdadi’s death or release images of his body.

Another theory is that Baghdadi’s killing may have been engineered by his own senior lieutenants, the inner circle of ISIS’s original founders, known internally as The Pilgrims, who constitute the leadership of its “deep state”, The Independent said.

It added that they supposedly blame Baghdadi for losing control of the organization and allowing it to disintegrate after its military defeat, and decided he had to be removed and replaced by a new leadership capable of reuniting and rebuilding it.

It said unlike al-Qaeda, the caliphate proclaimed by Baghdadi in his famous sermon at Mosul’s Grand Nouri Mosque in the summer of 2015 was not centered around an individual leader.

It was based on a powerful ideology, an extreme form of Wahhabis, whose uncompromising nature enhanced its appeal for alienated Islamic youth, and managed to develop branches or franchises in at least 18 countries in the Middle East, Africa and Asia, it said.

It added that Baghdadi can be seen as having been largely a figurehead. He did not actually run his organisation.

He only ever made one public appearance, and issued just two video recordings in five years.

He was completely lacking in charisma, shunned the limelight, and left the management of the organisation’s affairs to a number of lieutenants, the newspaper said.