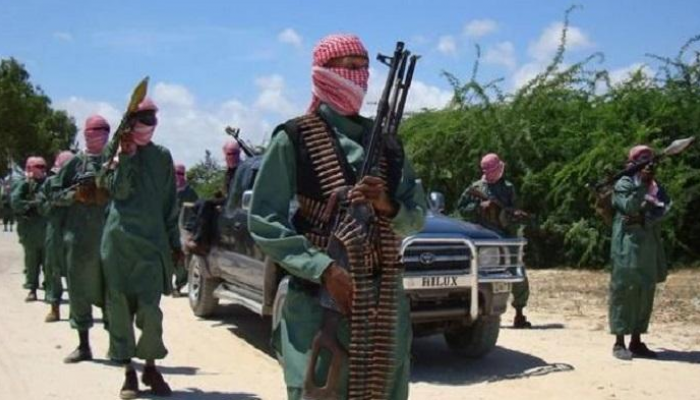 The terrorist al-Shabaab movement has launched a campaign for teaching Arabic among the residents of some of the cities they control in Somalia. It especially launched the campaign in cities near Somalia’s southern border with Kenya.

The new move highlights the desire of the movement to draw in new recruits in these cities, a political analyst said.

He warned against failure in obeying the directives of his movement. Abu Abdallah said traders and shop owners have to remove banners written in the Somali local language on the fronts of their shops and put others written in Arabic instead.

Al-Shabaab has stepped up its attacks in southern Somalia in the past few weeks. It also expanded its presence in the area, using a security vacuum in it.

In July this year, al-Shabaab staged an attack on a hotel in the coastal city of Kismayo, killing 26 people. In early August, the movement carried out two coordinated attacks with booby-trapped vehicles on a military base in the Lower Shebelle region.

On August 26, two Somali policemen riding a motor bicycle were killed when they drove over a landmine.

African affairs specialist Nasser Maamoun said al-Shabaab is imposing the Arabic language in the southern Somali cities because it wants to get a new supply of recruits in preparation for staging a new round of terrorist attacks.

“Al-Ashabaab wants to attract new elements who know Arabic,” Maamoun told The Reference. “In this, the movement wants the same elements to be involved in its own ideology.”

He revealed that al-Shabaab works to convert school curricula in the southern cities into Arabic.

“The movement just wants to infuse new blood into its own veins,” Maamoun said. “The new recruits will most likely be not known to security agencies in Somalia.”