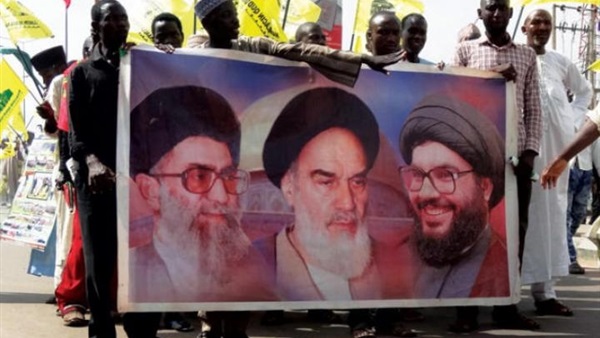 African mullahs: Shiite proselytizing and its impact on Egyptian and Saudi national security

Dr. Nadia Helmy, professor of political science at Beni Suef University and a researcher at Lund University in Sweden, prepared research on the role of Chinese think tanks in studying ways and means of spreading Iran’s Shiite doctrine in the countries of East Africa and the South Red Sea and its impact on Egyptian and Saudi national security.

The study of the Iranian project is of great interest to Chinese political Islamism experts, who make analytical comparisons between Islam in both the Sunni and Shiite schools. According to the Helmy, these experts are studying an observation that all entire terrorist operations in the world and the Middle East are carried out by Sunni Muslims, not Shiites.

The research questioned whether there are links between Shiism and moderation or not carrying out terrorist acts, what the relationship is between the Iranian-Persian Shiite doctine and the Middle Eastern Sunni doctrine, and whether sectarian change from Sunni to Shiite helps these extremists get rid of that extremism? This type of study is perhaps the most complex and the most complex, the research suggests.

Helmy pointed to the seriousness of the phenomenon of the new Shiites due to the Iranian Shiite tide and influence. These new Shiites are now treating their African and even Arab countries as secondary, where their affiliation becomes more to Iran than their home countries.

According to the research, Chinese political Islamism experts have spotted the formation of Shiite political parties in the Middle East, namely Hezbollah in Lebanon and the Popular Front party that was established several years ago in Mauritania. However, there are no accurate statistics on the percentage of Shiites on the African continent in general, or in the Arab countries. Shiites resort to a policy of “taqiya” to conceal the number of their followers, providing false statistics in order to attract more Sunni Muslims through the understanding that Shiites have become a majority, as well as to suggest to their financiers that they are successful in spreading Shiism. It is therefore impossible to give credibility to the huge numbers put forward by Shiite centers, because they are statistics with political objectives.

Gulf Sunnis and the African jungle

According to Helmy, the Chinese academics monitored the weakness of official support from the Sunni Gulf states and Saudi Arabia to African Islamic institutions and entities, as well as the narrowing scope on Islamic philanthropy by the rulers and leaders of Africa, at the behest of Iran, out of fear of the Sunni doctrine spreading, which cleared the arena for Shiite institutions to move easily.

On the other hand, it is also likely that the repercussions of the events of September 11, 2001 contributed strongly to the fight against the spread and accompanying advocacy activities of the Gulf Sunni doctrine in the jungles of Africa and the accompanying advocacy activities. This has led to many Gulf charities fearing to integrate religious awareness with their charitable work, especially with an atmosphere that allows for the support of terrorism by international powers.

In addition, the bombings that took place in more than one African country, such as Tanzania, Kenya, Nigeria, Somalia, Algeria, and others, have been well exploited by Iran, according to Chinese experts, to instruct African governments, regimes and peoples that the safe alternative to violent thought is Shiism. Some advocacy groups froze their activities for fear of terrorism and prosecution, and Iranian Shiites seized this opportunity to spread, especially in West Africa.

According to the Chinese experts, Tehran has consistently instigated African governments against Sunni institutions, exploited the diplomatic portfolio to incite Sunni organizations, and accused them of spreading extremism. Iran has succeeded in persuading some African rulers to do so, which led to the issuance of laws prohibiting or hindering the work of these Sunni Islamic institutions.