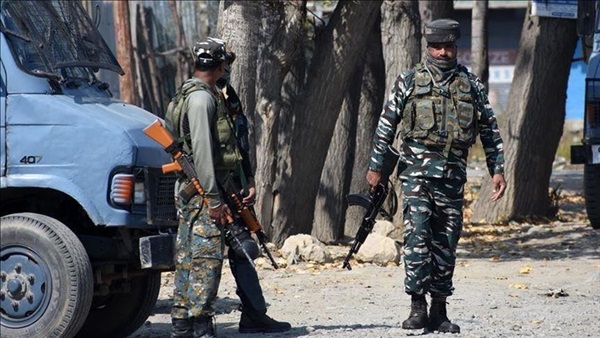 One person was killed and 15 others were injured in a grenade attack at a vegetable market in Srinagar this afternoon, police said. This is the third grenade attack in Jammu and Kashmir in the last two weeks.

All those who were injured in today’s blast at a vegetable market in Hari Singh High Street in the centre of the city have been admitted to hospital and two of them are said to be critical. The attack took place at 1:20 pm, news agency PTI reported.

Terrorists targeted roadside vendors as markets remains shut in the city amid restrictions. The market area has now been cordoned off.

Today’s blast comes a week after 15 civilians were injured in a similar attack in Sopore town of north Kashmir. Several civilians were targeted when they were waiting at a bus stand.

In another terror attack on October 26, six security personnel were injured when a CRPF team was inspecting vehicles at a checkpost and terrorists threw a grenade.

Security personnel have been on high alert in Jammu and Kashmir ever since its special status under Article 370 was scrapped through a presidential order on August 5.

Terrorists have been targeting truck drivers and labourers belonging to other states after the centre stripped J&K of its special status. Eleven non-locals were killed in October in separate terror attacks. Last week, five labourers from Bengal were shot dead in Kulgam district.