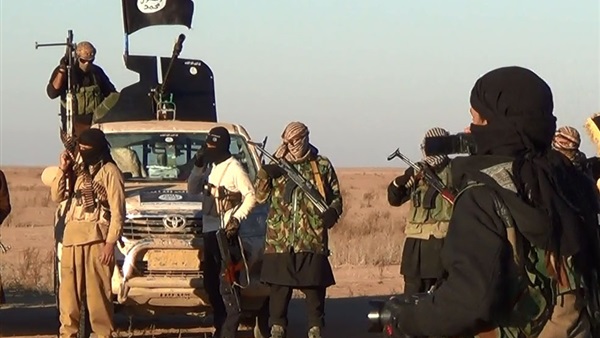 US report: Syrian Hul camp vulnerable to penetration and control by ISIS

General Mazloum Kobani, commander of the Syrian Democratic Forces (SDF), warned of the danger of Kurdish forces losing control of the Syrian Hul camp, which houses ISIS women, who are trying to assert their dominance in the camp.

Sphinx is vulnerable to penetration

According to the Washington Post, in a report, Kobani said the guards of the camp in eastern Syria have failed to contain the growing violent behavior of ISIS women, as well as the weak walls of the Sphinx, which made it vulnerable to penetration. “Without an international solution, the next generation of ISIS fighters could emerge from the horror.”

The Hul camp is home to some 70,000 people, most of them women and children displaced by the war on ISIS.

According to the newspaper, among the camp’s population of 10,000 foreigners from more than 40 countries, are among the most radical elements in the extremist organization.

ISIS brides have established what they call “Islamic courts,” like the terrorist organization, and have imposed physical punishment on ordinary camp residents, who declare their rejection of their ideology.

An incident last week raised fears that the camp could spiral out of control.

The Washington Post pointed to the most prominent reasons that exacerbate the problem, pointing out that they are experiencing deteriorating living conditions. Food is scarce, water sources are contaminated and disease is rampant.

Colonel Miles Cagens-Lille, a US military spokesman from Baghdad, said they shared the SDF’s concerns, although large numbers of camp residents were not from ISIS.

According to the newspaper, Mazloum stressed the need for the Kurdish administration to finance to secure the detainees and feed and shelter, explaining that the camp expands the size of a town, and runs through a remote desert area near the Iraqi border, surrounded by rusted wire fence.

Smugglers sympathetic to ISIS in the nearby desert are approaching under cover of darkness to help women and children climb the fence.

According to the Washington Post quoting the commander of Syrian forces, the floodlights, set by the Kurds to detect night escape attempts are shattered immediately after installation, by women.

IS throws stones, and guards do not have equipment for night vision, and have few CCTV cameras which become useless after sunset, pointing out that it is believed that all who fled in this way were foreigners, and they were all arrested.

But the SDF officials have acknowledged that some foreign elements have been able to escape and may have returned to their home countries undetected.

SDF forces have been deployed in northern Syria, backed by the United States since 2013, to fight the Islamic State terrorist organization ISIS, which is currently responsible for securing the Houl camp in the Syrian countryside of al-Hasakah, where many women and children are present.

The United Nations Commission of Inquiry on Syria revealed on September 12, 2019, that at least 390 children have died this year from malnutrition and untreated wounds inside the camp, warning that hundreds of children do not have identification papers.