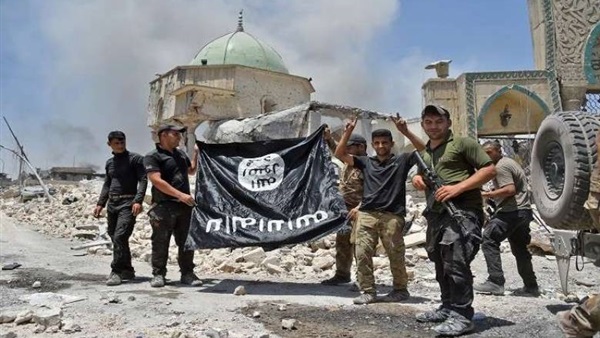 Turkish invasion focuses minds on the future of ISIS

The Islamic State of Iraq and Syria (ISIS) was believed to have been eradicated soon after Syrian Democratic Forces, known as QSD, declared the defeat of the terrorist organization in Baghuz in March this year.

Nevertheless, the ongoing Turkish invasion of northeastern Syria has apparently given ISIS a lifeboat.

The Turkish operation is giving rise to fears from the escape of ISIS terrorists in Kurdish jails in northeastern Syria as well as from the regrouping the organization.

The ongoing so-called ‘Peace Spring’ Operation opens the door for two possible scenarios. Kurdish fighters hold as many as 11,000 ISIS terrorists in their jails. They include 9,000 Syrians and Iraqis as well as 2,000 terrorists from 50 other countries. Foreign governments have refused to allow the return of these terrorists home.

ISIS terrorists can escape from the Kurdish jails, using the unrest caused by the Turkish operation and the preoccupation of Kurdish fighters with repelling this Turkish invasion.

Parts of this scenario have already materialized. On October 11, a media official of QSD declared the escape of five ISIS terrorists from Kurdish jails.

On October 10, co-president of the Executive Kurdish Council Abdhamid al-Mehbash said thousands of ISIS terrorists had escaped in northern Syria after the prison, where they were incarcerated, had been shelled.

The escaped terrorists, he added, were the nationals of around 60 countries.

On October 11, QSD spokesman Mustafa Bali said thousands of residents of al-Hawl Camp attacked the gate of the camp, which houses around 70,000 ISIS women and children, with the aim of escaping from the camp.

The other scenario is for the international community to shoulder its responsibility for preventing the possible ISIS resurgence by acting to put an end to the Turkish invasion of northeastern Syria.

ISIS terrorists need to be transferred to other jails in more secure places.

US President Donald Trump said earlier that some ISIS terrorists had been transferred outside Syria.

Trump held European states responsible for what might happen in the region after they had refused to allow ex-ISIS fighters to return to their countries.