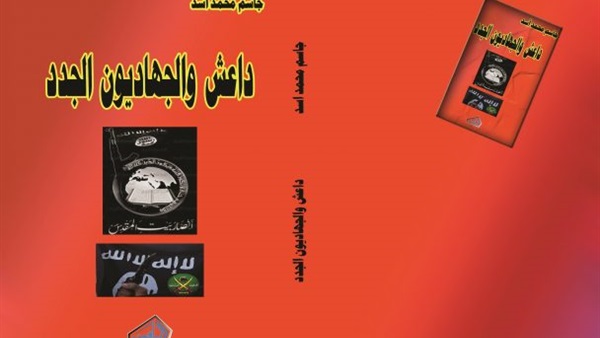 The New Jihadists: Weak states syndrome amid spread of extremism

The Turkish military invasion of northern Syria has brought Daesh to the forefront of political talks because of its devastating security impact on the detention camps of terrorist elements in the region.

Iraq researcher and head of the European Center for Counter Terrorism studies and Intelligence Jassim Mohamed discussed in his book, “Daesh and the New Jihadist”, the dilemma of cooperation and disagreements between terrorist groups, Daesh’s strategies to expand across the Arab region, and the ideological methods that the group rely on to spread.

Jassem stressed the variable of ‘financial support’ as one of the most important factors that fuel the growth of terrorist groups, highlighting the strong ties with al-Qaeda and the Muslim Brotherhood, especially after their removal from power in Egypt after the June 30 revolution.

The researcher pointed to the variables of the strong emergence of al-Nusra Front and the Islamic State of Iraq, which was founded in October 2006 as a branch of al-Qaeda in Iraq, which later became the seed for Daesh’s emergence.

By April 9, 2013, Abu Bakr al-Baghdadi, leader of Daesh, that al-Nusra Front, which operates in Syria belong to Daesh, but al-Nusra disavowed it, and the reason for this is that it sought to maintain international sources of funding, and relations with countries that wanted to arm the opposition back then.

Jassim believes that al-Qaida tried seriously to exploit the political and security disintegration of the Arab region in 2011, and wanted to escalate the trends of political Islam as an alternative to fill the political vacuum created by successive revolutions, whether by organizing them or by supporting other Islamist currents and presenting them as “moderate”.

According to information documented by the researcher in his book, al-Nusra, now called HTS, sought to present itself as a moderate and popular organization and started providing services and facilitations to mobilize angry citizens against the regime.

Al-Qaeda’s strategy also relied on the deployment on the border between Syria and Iraq as the result of poor security there, which further complicated the internal scene and increased tactical arrangements reflected in the escalation of terrorist attacks in Europe and the United States, which in turn put the front on the US list of terrorist organizations.

The spread of terrorism in Syria led to the expansion of reliance on electronic means to recruit fighters in order to ignite the conflict and gain geographic achievements, as Jassim added that fighting electronic activities of terrorist organizations is as important as direct confrontation.

While Jassim pointed out that this propaganda contributed a lot to the integration of foreign elements in blood groups in Syria, which confused Western calculations towards the war there, and left the continent a new generation of trained extremists.

Jassim stressed that protecting the national security of countries counts not only on their military power and advanced weapons, but also in a coherent political system that can lead the country against any dangers, in addition to a developed economic system, education and culture that develop awareness and confront extremist intellectual trends.

Accordingly, countries undergoing political transitions, according to Jassim, should be aware that they are at their weakest, as old regimes are being disintegrated and replaced by newer ones. Sometimes these are dangerous factors that political, economic and social factors must unite to confront instead of slipping into the hands terrorist groups.