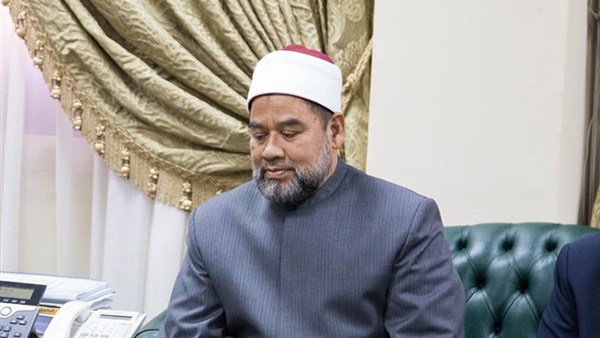 Thai Islamic Council rep. says Thailand has no terrorism, ‘not one extremist’ (Interview)

The Portal sat down with Sheikh Sutam Boonmalert, a member of the Central Islamic Council of Thailand (CICOT), during his participation in the activities of the International Conference for Issuing Fatwas, which came under the title of “Managing Juristic Differences: A Civilizational Approach”, held in Cairo on October 15 and 16. Boonmalert discussed the conditions of Muslims in Thailand and how they preserve their religious identity despite being a minority in the Buddhist-majority country.

Tell us about the status of Muslims in Thailand

Sunnis of the Shafi’i jurisprudential school represent the majority of Muslims in the country, and there are a small number of Shia converts. Muslims enjoy the support of the king, who provided money to translate the Koran into Thai. Every year, the king or his representative attends the Prophet’s Mawlid celebration, and the government also provides funds to build and renovate mosques.

How do you legally deal with marriage and inheritance issues?

We have an Islamic judiciary authorized to resolve disputes. But at the same time we do not go directly to the courts, as Muslims resort to the Darul Islam to resolve disputes related to personal status, such as divorce and inheritance; if the imams and scholars – graduates of al-Azhar and Islamic universities in the Gulf – fail to resolve the dispute, the judiciary takes over.

In your opinion, are Shiites in Thailand provoking any crises?

Indeed, we have found gatherings for some Muslims belonging to Shiite sects, and yet there has not been a clash with these groups so far; they have not turned to extremism or violence. Takfirism and extremism are not on the table in Thailand. Not a single referendum on extremism or what’s happening in the Middle East has been received by the Sheikhul Islam’s office.

Are you harassed by Buddhists as they are the majority in the country?

No, we receive our full rights. Although the estimated 8 million Muslims make up only about 7% of Thailand’s population, we have no problems with the Buddhists, and we managed to build up to 4,000 mosques in most of the provinces where Muslims are concentrated.

Coexistence with Buddhists has affected us in regards to eating, drinking and marriage, for example, but we are not persecuted, and we are well aware that we are not an Islamic state.

What rights do Thai Muslims have?

Those working in the government are allowed to leave for important Islamic celebrations and are allowed to work half a day on Fridays. Muslims are also treated in accordance with Islamic law, such as family issues and inheritance, and are judged by a Muslim judge.

How can we confront extremist ideology in Muslim countries?

I believe that the good example is the solution to confronting extremism. As the second Rightly Guided Caliph Umar ibn al-Khattab said, “Be callers to Allah while you are silent.” We can achieve this by demonstrating the praiseworthy, moderate ethics of Islam as commanded us by Allah and His Messenger (pbuh). In this case, we will not have one extremist and we will be able to tackle the phenomenon of Islamophobia.

Doesn’t ISIS represent a threat to your country?

We do not fear for Thailand from those fleeing from ISIS or any conflict zones because our Muslims are characterized by balanced and moderate religious thought. In addition, the country is poor in terms of the wealth and other resources on which extremists trade and live from.

East Asian countries have developed a strategy to counter extremism. So far terrorism is still outside our borders, but it is troubling the Philippines, Burma, and some other countries.

To what extent have terrorist organizations succeeded in recruiting youth through social media?

Terrorist groups have been able to bring extremism into the minds of young people by polarizing them on social media. Unfortunately, it is hard to convince youths to reverse what they are embracing. Therefore, it takes years to correct the concepts of this stubborn and hasty group. States should develop solutions to prevent youth recruitment through the internet.

Who oversees the dawah centers in your country?

The dawah centers are under the supervision of the Sheikhul Islam’s office, which is responsible for everything related to Muslims. The Sheikhul Islam parallels the positions of the Grand Sheikh of al-Azhar and the Grand Mufti [in Egypt].

How do Thai Muslims react to the Burma issue?

We sympathize with them, and if they enter our borders, we will certainly help them. Otherwise, we cannot do anything because this would be considered interference in the affairs of the neighboring countries. We are satisfied with the diplomatic response to the harassment of Muslims in Burma.

As you live in a non-Muslim country, how did you preserve your identity?

Muslims in Thailand have their own identity. They can practice religious traditions, cultural traditions and their own way of life just like any other sect, such as the Buddhists, Christians, Hindus and Confucians.

This equality is enshrined in Article 38 of the Thai constitution, which states that a person shall have complete freedom to convert to a religion, religious denomination, or belief; observe religious principles; or exercise some form of worship, in accordance with his or her faith or belief, provided that it is not contrary to his civic duties, the public order or good morals.

What is the role of Islamic schools in maintaining religious identity?

Muslim youth are fully free to study Islam offered by various Islamic centers at a very young age, and a Thai youth is usually enrolled at first in a kindergarten run by local mosques, after which they are enrolled in a religious and moral training center, which is also run by local mosques, and in schools. Muslims can choose between ordinary schools or Islamic schools, which provide the Muslim with all the religious knowledge needed.

What about cooperation between the religious establishments in Egypt and Thailand?

We have continuous visits from scholars from Egypt and al-Azhar to our country. We always look at Egypt with appreciation and pride. We all owe credit to al-Azhar and its scholars. We are also keen to strengthen cooperation with the Egyptian Dar al-Ifta, which is the largest reference point for fatwas in the world.

We also appreciate the role of Dar al-Ifta, which reaches out to Muslim communities around the world to spread the right Islamic approach and works to immunize Muslim youth against extremist ideas that seek to destabilize societies.

Who trains your imams in preaching and issuing fatwas?

We organize courses for preachers and imams, supervised by the Sheikhul Islam’s office. Each neighborhood has a mosque and the imam is chosen by vote, and they are prohibited from talking about matters relating to state security.

We also cooperate with the Egyptian side in this regard, as Egypt’s Dar al-Iftaa expressed its full readiness to train our country’s imams and scholars on the skills of issuing fatwas in order to activate the role of the General Secretariat for Fatwa Authorities Worldwide to become the global umbrella for all fatwa-issuing authorities.