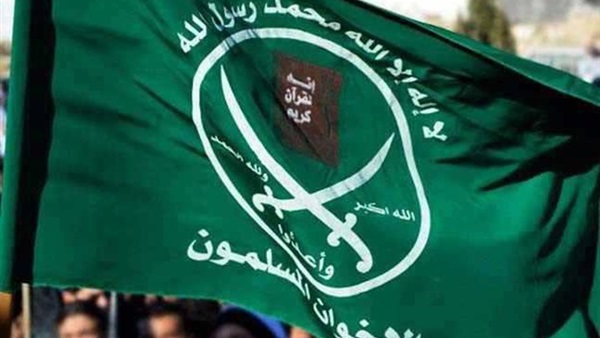 The World Fatwa Index (GFI) of Dar al-Iftaa revealed that the fatwa weapon has become one of the most important tools of the fifth generation wars that threaten countries and societies, especially through social media, which are used by terrorist organizations in a systematic way.

They also use citizens as a key player in spreading chaos and destabilization. It also pointed out that the most important goals of these wars are: spreading rumors and turning the facts and shaking the confidence of citizens in the institutions and symbols of the countries and their leaders.

In its statement Thursday, October 3, 2019, the Iftaa Index stressed that new wars have become psychological wars based on ideas and beliefs, stressing the need to fully educate people to confront them with their multiple patterns, which emerged from the era of information technology, and brought about the projection of borders and shorten the time and distances between countries and continents.

It also stressed that some conversations and speeches via social media currently spoil the lives of people, misleading young people and the sanctity of self-esteem, money and symptoms.

The fatwa index pointed out that extremist organizations have recently resorted to the fifth generation wars, because they are characterized by decentralization among the warring states, in addition to their low material cost, as well as being launched without restrictions and ethical standards, through the use of technology and the Internet as offensive means to achieve interests.

Regarding the issues of the fatwas of the fifth generation wars, the index stressed that the fatwas aimed at spreading chaos and spreading the division and destabilizing the security and stability of countries and societies led the index by (33%), followed by fatwas with political objectives (27%), then fatwas supporting the demolition of state economies (25%). Finally, fatwas that develop and nurture hate speech and Islamophobia recorded 15%.

The fatwa index touched on the new areas of the fifth generation warfare, pointing out that they are represented in four areas, the first of which is: the physical field, and emerges through the traditional means of warfare, such as the air, sea, and land, with a certain temporal and spatial extent.

The index added that the third area of ​​the fifth generation wars is the cognitive field, which is where the doctrine, ideologies and tactics of combatants exist, the last of which is the social field, which is culture, religion, values ​​and attitudes, stressing that terrorist organizations have used fatwas in all these areas in order to achieve its goal of demolishing states and implementing their agendas.

The Global Fatwa Index pointed out that terrorist organizations launch fatwas on the media and inflame strife. The Fatwa index pointed out that there are social fatwas that arouse the doubts and suspicion of Muslims in their religious constants; with the aim of destabilizing and spreading chaotic fatigue.

The index continued that there are also some controversial fatwas recently spread on social media, which is not true, as a fatwa attributed to the Saudi sheikh Nasser Al-Omar.

The Fatwa index pointed out that the fatwas with political goals were dissolved again (27%), and manifested most clearly in the fatwas of the Muslim Brotherhood terrorist group after their fall in Egypt in 2013, which is returned by the group through social media these days through the arms of fugitives, such as their fatwa “Protest is an act and worship close to God,” as well as another fatwa, which included a leader’s statement to the terrorist group: “Civil disobedience and demonstration against the regime is one of the means of enjoining good and forbidding evil”.

The Fatwa Index also highlighted the fatwas of the fifth generation calling for the destruction of the economies of countries and societies, which came at a rate of (25%), whether through terrorist operations that hit strategic objectives of economic dimensions, or the creation of virtual or digital currencies “Bitcoin and others”.

The index was evidenced by a fatwa attributed to the organization Daesh permissible to deal in digital currencies, most notably Bitcoin to conduct its terrorist operations. The document was interested in explaining how to use this currency and the creation of financial accounts on the Internet, and the transfer of funds without drawing attention.

Finally, the World Fatwa Index confirmed that 15% of the fatwas dealt with by the Western media and social media are fragmented, and fall into the wars of the fifth generation.

The index pointed out that the most prominent of these fatwas mentioned in the website of the Islamic Center in Munich IZM authorizes the husband to beat his wife is she does not obey him.  It stressed that the hate speech by some Westerners towards the Islamic religion played an important role in the growth and recall of old and republished fatwas which contributed to the growing phenomenon of Islamophobia.