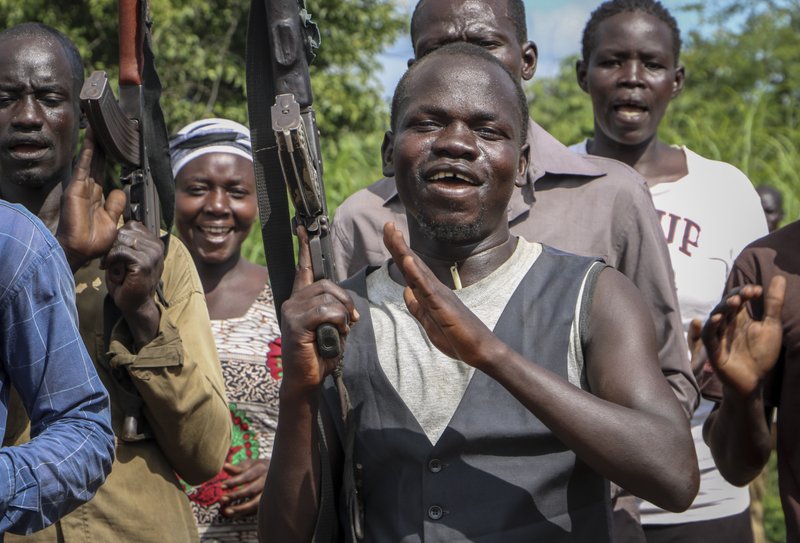 South Sudan’s fragile peace deal is faltering less than a month before the country’s president and armed opposition leader are meant to form a coalition government and begin the long recovery from a five-year civil war.

Some doubt it’s safe enough for opposition leader Riek Machar to return to the country by Nov. 12, when he would again serve as President Salva Kiir’s deputy, an arrangement that has collapsed in fighting more than once.

Machar won’t return unless security measures are in place, including a 3,000-member force for his protection, said the opposition’s deputy chairman, Henry Odwar.

“The city is militarized, mistrust is high and Riek Machar’s return in that environment without serious security arrangements in place could be dangerous,” said Lauren Blanchard, an analyst with the U.S. Congress who recently visited with a congressional delegation.

It’s difficult to see how the new government can be formed safely next month, she said.

The government vows to move ahead. If the opposition doesn’t return it will be seen as holding the country “hostage,” said government spokesman Ateny Wek Ateny.

South Sudan’s civil war killed almost 400,000 people and displaced millions. Implementation of the peace deal signed last year has been riddled with delays and a lack of funding.

Two key factors must be resolved before Machar’s return. Opposition and government soldiers must be brought together into one national army. At least 42,000 troops, or about half of the new unified forces, need to be ready — along with the 3,000-member force for Machar.

The integration process has been sluggish while food, shelter and medicine are lacking. Some opposition soldiers complained to The Associated Press of government harassment.

Then there’s the issue of the number of South Sudan’s states, “the most contentious challenge to peace,” said Dan Sullivan, senior advocate for human rights at Refugees International.

After a failed 2015 peace deal the government expanded the existing 10 states to 32, a decision seen by observers as a move to divide the country along ethnic lines. Some vow to return to war if the issue isn’t resolved.

“Fighting will take place if the boundaries aren’t defined. We are ready to fight,” said Aban Yor, a community leader with the Shilluk ethnic group. Grievances are rife among the Shilluk after the government forcibly displaced them from their homes during the war, according to a report last month by Small Arms Survey.

South Sudan’s government has said any outstanding issues will be decided in the three-year transitional period before elections.

Even if a unity government is formed, the country’s situation is dire. More than 6 million people are hungry and pockets of the country face famine conditions, according to a report last week by the International Rescue Committee.

Violent crime in Juba has increased, with humanitarian workers likely targeted for their perceived wealth, according to a security report circulated among aid groups this month and seen by the AP. It noted “brazen disregard for law enforcement not previously seen in Juba.”

Civil servants haven’t been paid in months. While the government cites a lack of funds, critics including the Washington-based group The Sentry allege the money is squandered by senior politicians and military officials. South Sudan’s national draft budget this year allocates $20 million for medical coverage for 400 members of parliament, while about $14 million is budgeted for the country’s entire health care system.

Analysts say the international community needs to think creatively about salvaging the peace.

“The parties have shown an uncanny ability to undermine the agreement in any number of ways. The guarantors should anticipate these moves and be prepared with swift and targeted responses,” said David Deng, a South Sudan researcher.

The U.S. has said it will reevaluate its relationship with South Sudan if a new government isn’t formed next month.