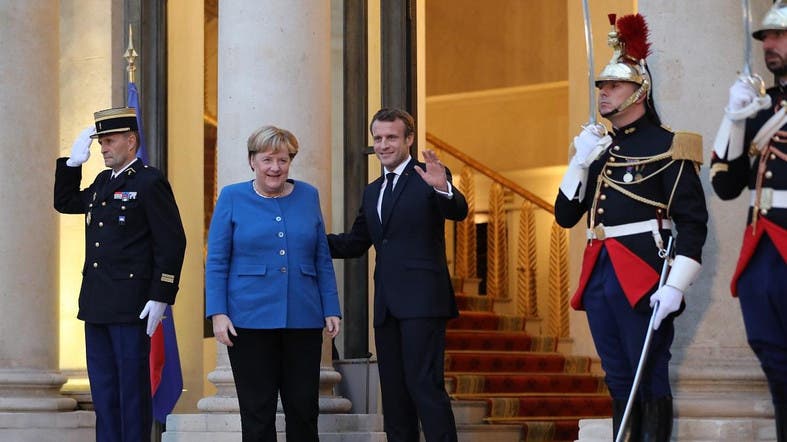 Macron, Merkel call for end to Turkish offensive in Syria

France’s President Emmanuel Macron and German Chancellor Angela Merkel called on Sunday for an end to Turkey’s offensive against Kurds in northern Syria, warning of dire humanitarian consequences and a boost for ISIS, a terrorist organization.

“Our common wish is that the offensive must cease,” Macron told a joint press conference with Merkel, who said she had spoken to Turkish leader Recep Tayyip Erdogan for an hour on Sunday and told him: “We must put an end to this Turkish invasion.”

“There are humanitarian reasons for this,” Merkel told journalists, adding: “We can no longer accept this situation against the Kurds. Another solution must absolutely be found.”

For his part, Macron said the offensive risked creating “unbearable humanitarian situations” while helping ISIS extremists, whom the Kurds had fought, “re-emerge in the region.”

Fighting has engulfed northern Syria since Wednesday when Ankara launched a long-threatened offensive against the Kurdish-led Syrian Democratic Forces (SDF), which it considers “terrorists” linked to insurgents in Turkey.

US President Donald Trump has been accused of abandoning a loyal ally in the fight against ISIS after ordering American troops to pull back from the border region.